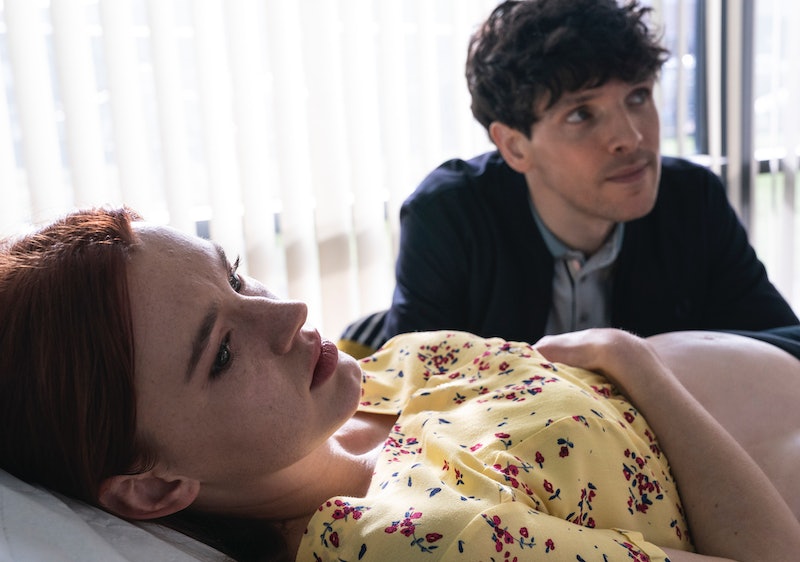 When it first aired in May 2017, Three Girls gripped and enraged audiences. It told the true story of the young girls who were groomed and abused by a gang in Rochdale. It was a harrowing but incredibly important watch and now the producers of the mini-series have turned their attention to another crucial issue. The trailer for Three Families was released on April 30, but here’s what else we know about Gwyneth Hughes’ new two-part series.

What Is Three Families About?

The BBC outlines that Three Families is based on a series of true stories. It explores the complexities and difficulties of accessing an abortion before legislation was changed in Northern Ireland in October 2019.

When Theresa (played by Sinéad Keenan) finds out her teenage daughter is pregnant, she does everything in her power to help her. However, after accessing the tablets needed for an early termination, she faces a prison sentence.

Another young couple have been desperately trying to get pregnant. However, when they find out that their baby will be born with a fatal foetal abnormality, they ask their doctors to help them access a termination. They’re denied help and left on their own.

The BBC writes that, over the two episodes, the show “explores the emotional background to a controversial campaign which culminated in the UK government forcing a liberalisation of the law in Northern Ireland.”

While laws were changed in 2019, access to abortions in Northern Ireland is still very difficult. Although individual health trusts offer services on an ad hoc basis, the Department of Health has not yet centralised the process and commissioned services on a region-wide basis. This means women from Northern Ireland are still travelling to England to access abortions.

When Will Three Families Air?

Filming finished for Three Families in Northern Ireland in 2020 and it’ll air on BBC One on May 10.

Who Is In The Cast Of Three Families?

As mentioned, Sinéad Keenan will play Theresa, the mother who accesses abortion medication online. You may recognise Keenan from Little Boy Blue and Being Human. Her daughter will be played by Lola Petticrew, who recently starred opposite James Nesbitt in the Northern Irish crime drama Bloodlands, where she played Izzy Brannick.

The young couple will be played by Amy James-Kelly, who has previously starred in Gentleman Jack and The Bay, and Colin Morgan, who played the titular character in the BBC’s popular fantasy series Merlin.

Speaking about the research she did for the show, Keenan told the BBC, “To have a termination for most is a difficult choice. Those of us who have never had to make that decision should count ourselves lucky. There are no winners when it comes to it. Nobody, no matter what your circumstances, no-one comes to that decision easily, on a whim, or out of convenience.”

She added: “It’s a difficult, difficult choice. But it must be a choice and the services must be provided for women who feel that a termination is the right choice for them. The women of NI are still waiting.”

Writer, Gwyneth Hughes told the BBC that Three Families took her to the centre of the abortion debate in Northern Ireland and the people most effected. “I did not want to write a political film, or a campaigning one. I wanted to be fair to both sides – to all sides, in fact, as in the world of real life there are always more than two,” she said, “Classically the abortion debate is presented as two opposing and immoveable camps – ‘pro-life’, and ‘pro-choice’. But as I discovered, it’s not as simple as that.”

More like this
Everything To Know About The 'Daisy Jones & The Six' TV Series
By Maxine Harrison and Brad Witter
'Happy Valley' Recreated This Moment From S1 In Its Penultimate Episode
By Sophie McEvoy
'The Last Of Us' Has Officially Been Renewed For Season 2
By Darshita Goyal
'Abbott Elementary' Fans Probably Missed This 'Parent Trap' Easter Egg
By Sam Ramsden
Get The Very Best Of Bustle/UK
Sign up for Bustle UK's twice-weekly newsletter, featuring the latest must-watch TV, moving personal stories, and expert advice on the hottest viral buys.