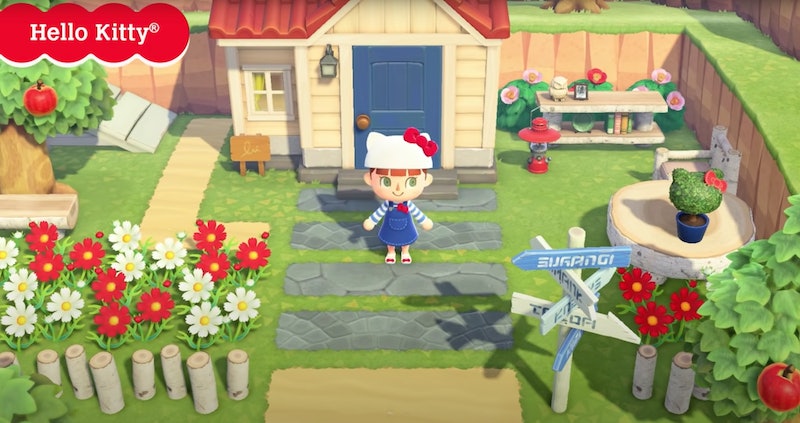 Initially announced in January, Nintendo has finally revealed more info about the upcoming Hello Kitty collaboration in Animal Crossing: New Horizons. The update, which will be available from March 18, will allow players to scan special amiibo cards to unlock six super cute characters inspired by the world of Sanrio, including Hello Kitty. Here’s everything you need to know about the Animal Crossing x Hello Kitty update, including how to buy these all essential amiibo cards.

The cards have in fact been available for some time, they were originally compatible with Animal Crossing: New Leaf on the Nintendo DS. Players could scan the cards to receive a visit from one of six new villagers, who would show up in an RV full of items and outfits related to the Sanrio character they were inspired by.

This theme will be vastly expanded upon in New Horizons, enabling players to invite the Sanrio-inspired villagers to move to their island, as well as purchase items and outfits related to specific characters like Hello Kitty and Cinnamoroll.

How The Amiibo Cards Work In New Horizons

If you have the original card set from New Leaf, it seems as though they’ll work with the new update. According to Animal Crossing World, the cards already work in New Horizons to unlock special Sanrio-inspired posters, but are only available to use via Harvs Island. But from March 18, this mechanic “will be expanded upon to introduce the villagers and complete furniture sets.”

Reprints of the cards will be available in due course for those who don’t have them already, these are set to be available from March 26. There’s no official word on which UK retailers will be selling them, but it’ll most likely be through the Nintendo Store or GAME. You can also buy the original card collection on eBay, either for expensive prices or through custom-made prints.

Instead of the new villagers simply stopping by for a visit, you can now invite them live on your island in New Horizons – they will also inhabit a Sanrio-inspired home. The six new characters include:

All the items and outfits available in New Leaf will make an appearance here too, and will be available to purchase from the in-game Nook Shopping service, according to Den of Geek. Each character comes with their own full outfit, as well as shoes and accessories. As for items, all the necessities like beds, chairs, and tables are there in Sanrio-style, as well as a few unique items like the Little Twin Stars cloud-making machine, and a Shoji bench and tranquil bridge that you can use indoors.

More like this
Everything To Know About 'The Last Of Us' TV Adaptation
By Sophie McEvoy and Radhika Menon
Here's How To Get Your iPhone To Update Automatically Forever
By Emma Carey
Why Everyone Is "Soft Tagging" Friends On Instagram Right Now
By Alexis Morillo
After The Bling Ring, Nick Prugo Was Embroiled In Another Scandal
By Arya Roshanian
Get The Very Best Of Bustle/UK