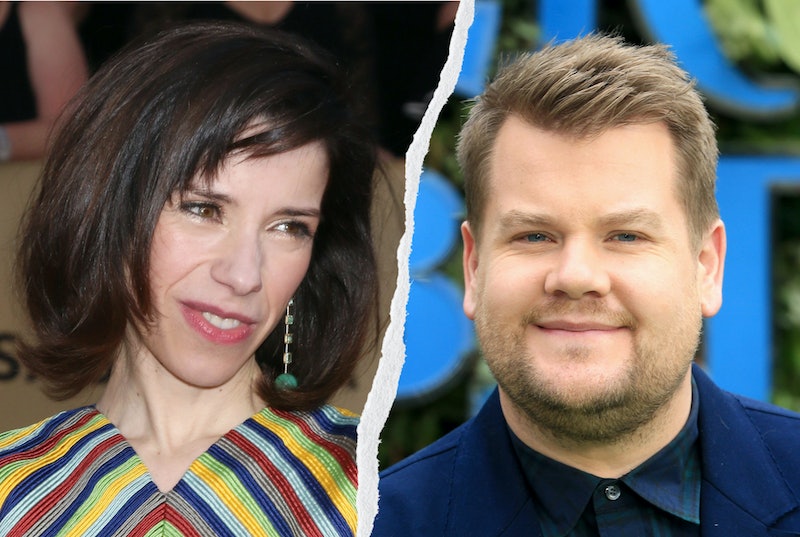 Amazon Prime has been busy working on its line-up of brand new UK shows. On July, 13 the streaming service announced Mammals, a comedy-drama starring late-night host and ‘Carpool Karaoke’ king James Corden. While the famed Brit is more of a Los Angeles dweller these days, Corden will be joining a star-studded UK cast in the eight-part series. Written by Olivier- and Tony-award-winning Jez Butterworth, filming should begin this month, however, production is keeping much of the detail “a closely guarded secret.” Ahead of its release, here’s everything we know about Mammals so far.

When will Mammals be released?

Considering filming has only just started, it may be some time before Mammals is set to stream on Amazon Prime. Bustle will stay updated.

Who Has Been Cast In Mammals?

Mammals will not only boast Tony, Emmy and BAFTA award winner James Corden, the series will also star Golden Globe winner Sally Hawkins, best known for her role in The Shape Of Water. It’s not yet said what their roles will look like at this stage but Butterworth is already singing the actor’s praises.

“James Corden is the only ten-time Emmy-winning chat show host to also win the Tony Award for Best Actor,” said Butterworth, in a statement sent via Amazon. “His performance in One Man Two Governors was like seeing Mickey Rooney, Terry-Thomas and The Marx Brothers rolled into one. His Smithy in Gavin and Stacey is for the ages - he took a needy, big-hearted mess of a supporting character and made it iconic...”

What Is The Plot for Mammals?

Amazon is going to keep everyone guessing about its latest TV series and the Mammals storyline is being kept a “closely guarded secret” at this stage.

Nonetheless, writer Butterworth has kindly released a “clue” about the Mammals plot and it definitely sounds intriguing...

“A good marriage is the most magical thing,” he writes, via Amazon. “In a world of eight billion, you’ve found the one who gets you, ignites your body and soul. Who allows you to grow and flourish. Who gives you the spark, the confidence to become you. You’re also never going to have sex with anyone else, ever, and then you’re going to die, and be dead forever.”