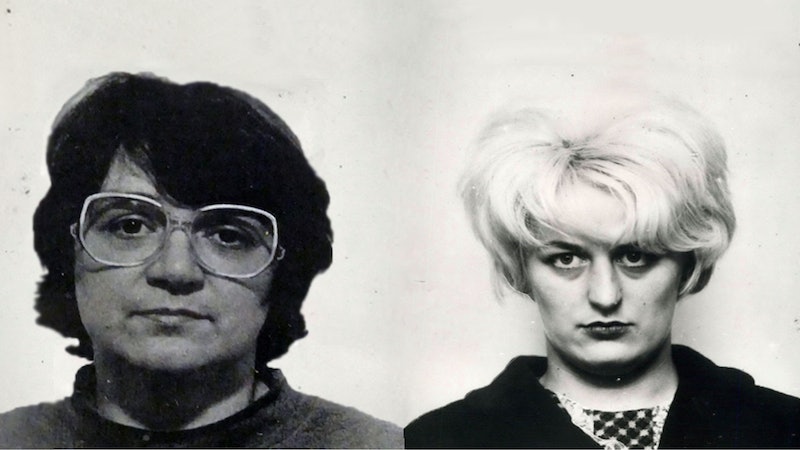 Two of Britain's most infamous female serial killers are the topic of a brand new ITV documentary. With Sir Trevor McDonald at the helm, the true crime offering will explore the prison years of both Myra Hindley and Rose West, examining the pair's criminal activity and life behind bars. If you're keen to discover more about ITV's investigative doc, here's everything you need to know about Rose West & Myra Hindley: Their Untold Story.

When Is 'Rose West & Myra Hindley: Their Untold Story' On TV?

What Is 'Rose West & Myra Hindley: Their Untold Story' About?

The 60-minute ITV doc reveals the untold story of two of Britains most notorious criminals, Myra Hindley and Rose West, shedding new light on what happened to them after they were locked up. The documentary will also investigate Hindley and West's psychology and criminal behaviour — and with the help of exclusive eye witnesses, including former Category A prisoners, the programme will delve into the pair's increasingly competitive relationship, which first developed after bonding over their similar crimes.

Who Stars In 'Rose West & Myra Hindley: Their Untold Story'?

The ITV documentary is hosted by the highly-respected journalist and broadcaster Sir Trevor McDonald.

The show delve deep into some of the lesser known stories about Hindley and West, both of whom resided in the H 'Hell Wing' in HMP Durham alongside some of Britain's most dangerous and intimidating female prisoners.

In 1995, West was found guilty of murdering ten young women, including her own daughter, with the assistance of husband Fred West — and, along with lover Ian Brady, Moors Murderer Hindley was convicted of similar crimes, which included the killing of five children throughout the 1960s. The pair became the only two women in Britain to be handed life sentences with no chance of release, and after initially bonding in prison, ITV's latest investigation will explore how their relationship eventually soured as they battled for the role of "jail royalty."

As the BBC reports, the true crime special was originally scheduled to air in February 2019. However, plans to broadcast the documentary were abruptly put on hold due to unspecified "legal reasons."