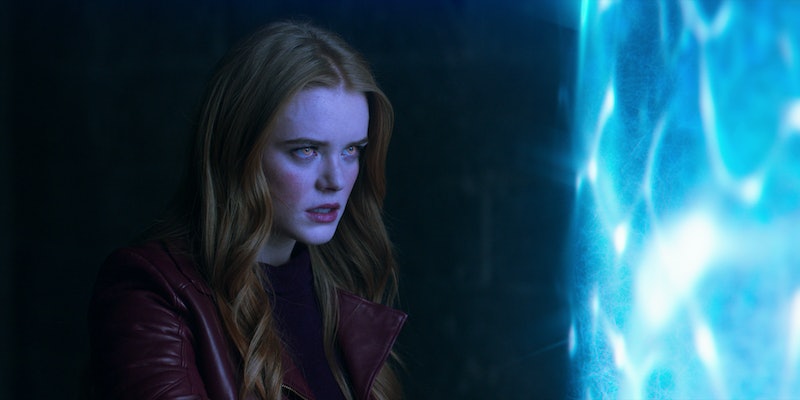 Update: Netflix has renewed Fate: The Winx Saga for Season 2. "The six episodes in Season 1 only scratched the surface of this incredibly rich world and the powerful fairies who inhabit it," showrunner Brian Young said in a press release announcing the renewal. "As Bloom's story continues to evolve, I can't wait for you to learn even more about Aisha, Stella, Terra, and Musa! And you never know who might show up at Alfea next term…" A premiere date has not yet been announced.

Earlier: Attention, Harry Potter fans: Netflix's Fate: The Winx Saga could be your next obsession. The new YA series follows the journey of five fairies as they learn to master their powers at Alfea, a magical boarding school very akin to the wizarding world of Hogwarts. The show is actually based on a different fantasy story: it's a live-action re-imagining of the 2000s animated series Winx Club, a colorful Italian cartoon that also became popular in the United States after it was picked up by Nickelodeon.

Though the original Winx Club ran for eight seasons and had several movies, Netflix has not yet revealed whether Fate: The Winx Saga will return for a second season. However, it certainly can't hurt that the show already has a built-in fan base courtesy of those who watched the original show. It's also being produced by Brian Young, one of the co-executive producers of The Vampire Diaries, which ran on The CW for eight years and was so beloved that it's spawned two additional spinoffs set in the same universe.

It's worth noting that there are a few key differences between Fate: The Winx Saga and the children's cartoon it's based on. For one, it's a darker and grittier retelling meant for an older audience. A few of the fairies' whose animated characters were inspired by people of color were also instead cast as white, leading to backlash from fans of the original. And Fate: The Winx Saga replaces one of the original series' characters entirely as well as changes the magical powers of several other characters.

Even with these changes, Winx Saga promises an intriguing mix of high school drama and the fantastical thrill of learning fairy magic, reminiscent of shows such as the Chilling Adventures of Sabrina, The CW's Legacies, and, of course, Harry Potter. On to Alfea!