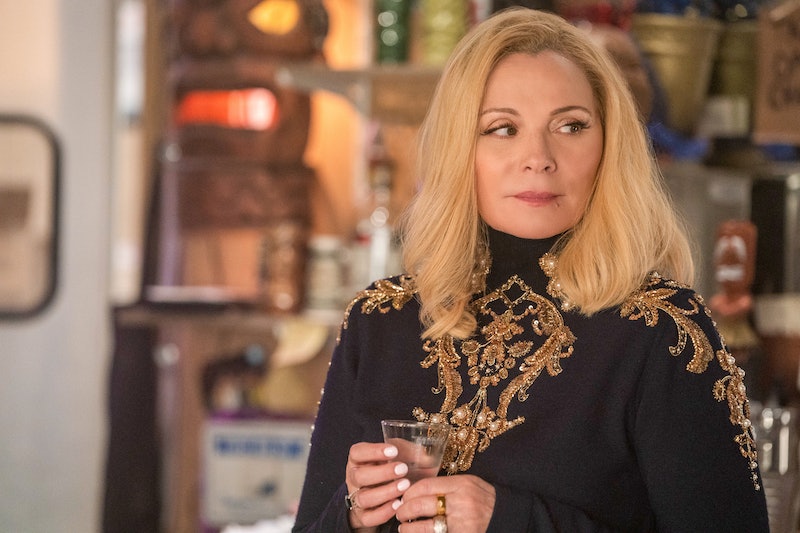 There are a few reasons Fox's new drama series, Filthy Rich, will feel a little familiar. Following an ultra rich televangelist family beset by scandal, it bears a loose resemblance to Danny McBride's HBO comedy The Righteous Gemstones. It's also based on a New Zealand series of the same name, and follows relatively the same plot: when the family patriarch dies, it's revealed that he secretly fathered three children behind his wife's back. Soap operatic antics ensue.

The Fox adaptation does make a few changes, though. The family's name is Monreaux instead of Truebridge, and their family empire is much different. Whereas the Truebridges owned a $1 billion commercial property development business called Truebridge Hunt Corporation, the Monreauxs run a $2.2 billion Christian television channel called The Sunshine Network. It's this latter detail that makes Filthy Rich feel most attuned to real life: televangelism is a particularly big and lucrative industry in the U.S. — and certainly one that's weathered similar scandals as in the show. But that's about the only semi-believable detail in Filthy Rich.

As Kristen Baldwin wrote for Entertainment Weekly, the series opens with Monreaux matriarch Margaux (Kim Cattrall) clad in sequin and stomping out of a house that's literally on fire. She mutters "rot in hell," and things only get more over the top from there. Margaret swaggers around barking orders in expensive jewels and furs; an incestuous flirtation begins between one of her kids and their new half-sibling; and, much to the devout Margaret's chagrin, another of the secret siblings runs an X-rated website called SinWagon. Filthy Rich may have some tenuous connections to real life, but it's pure, campy escapism through and through.