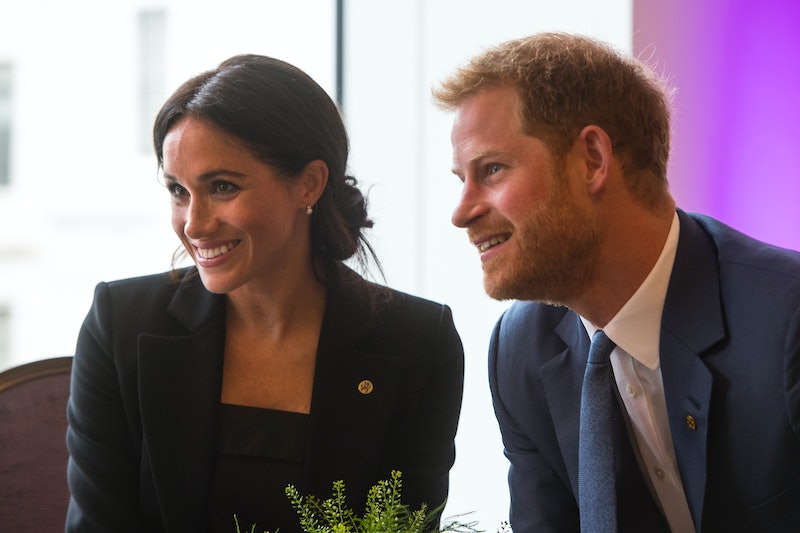 The royal reporter might have exclusive insights into the Duke and Duchess of Sussex's royal exit, but Finding Freedom author Omid Scobie insists Prince Harry and Meghan Markle didn't contribute to the book, saying that the couple had no involvement in his writing process. The author shut down rumors of their involvement during an appearance on Good Morning America to discuss his book, Finding Freedom: Harry and Meghan and the Making of a Modern Royal Family, which documents the circumstances and controversies that led the couple to forego their Royal duties.

Scobie, who reportedly conducted extensive interviews with friends, aides, and acquaintances to inform his portrait of the Duke and Duchess of Sussex, remained adamant that the Royals were not involved in the process. "I know there's a lot of speculation about the couple having sort of given secret interviews for the book and having weighed in," he said on GMA, "but it really couldn't be further from the truth." A spokesperson for Prince Harry and Meghan Markle previously released a statement saying that the couple did not contribute to the book, saying, "The Duke and Duchess of Sussex were not interviewed and did not contribute to Finding Freedom," as per E! News.

With his book, the royal correspondent, who co-authored Finding Freedom with Deborah Roberts, offers a new perspective on Prince Harry and Meghan Markle's abrupt exit from the monarchy, telling GMA that the two "had no choice other than to leave." Following harsh treatment from the U.K. tabloids and alleged lack of support from fellow Royal family members, Scobie confirmed that "race did play a role" in Harry and Megan's decision to pursue a different path. Of Meghan, Scobie said: "in terms of ticking those boxes that may ruffle feathers within an ancient institution such as that of the monarchy, she had really ticked all of them." He also shared his own experience of being spoken down to by an aide to Queen Elizabeth due to his biracial identity, noting "that level of ignorance" within the monarchy likely made things difficult for Markle, as well.

Scobie also addressed Meghan and Kate Middleton's supposed feud, confirming that they "really have very little in common" and that Kate knew that "Meghan felt that she could of or needed a little bit more support from Kate and didn't get it in some of those important moments." However, the reporter denied any drama occurred between the sisters in law at Megan and Harry's Royal Wedding, as had previously been reported, insisting, "the people who were actually there and involved, the first thing they all said was, 'There were no tears.'"

When asked about Harry and Meghan's legacy, Scobie said the couple would be remembered as having been "failed by the institution of the monarchy" who missed out on a unique opportunity to "have a woman of color, an American woman of color, in the House of Windsor representing the monarchy just as much as her husband."

Finding Freedom will hit the shelves on Aug. 11.