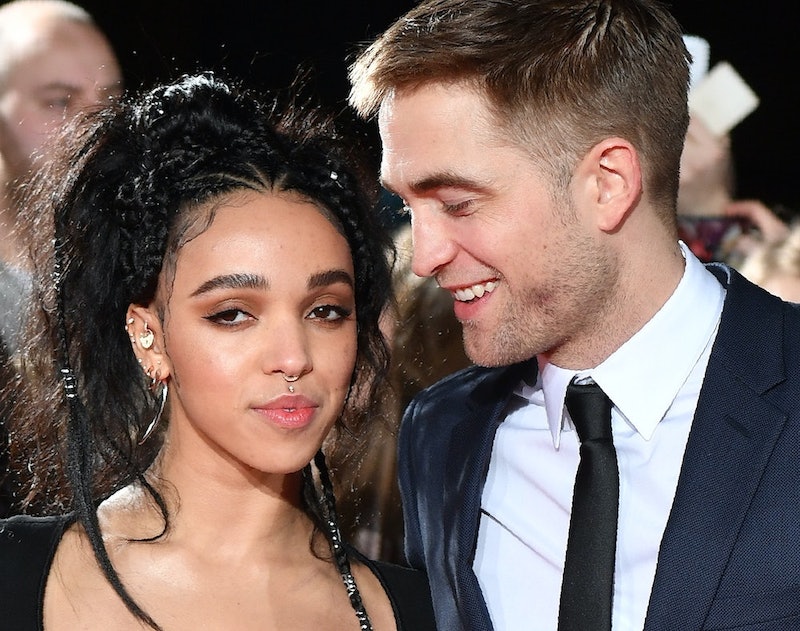 In a candid interview that addressed the domestic abuse allegations she made against Shia LeBeouf, English musician FKA twigs spoke openly about the racism she endured during another past relationship. On Louis Theroux’s Grounded podcast on Jan. 25, the singer revealed the "deeply horrific" hatred she received from fans of her ex-fiancé, Robert Pattinson, whom she dated between 2014 and 2017. According to the "Cellophane" singer, the vitriol took a major toll on her mental health.

"It was at a time where I felt like I couldn't really talk about it," twigs admitted. "If I was going through that now, I feel like I'd be able to talk about it, and do some good with it. I don't know whether it was because of my age or whether it was because of the social climate [or] being Black [and] from a low-income family, and having to genuinely work twice as hard as everything I do to get a seat at the table."

She recounted working "so, so hard" while at the same time being called "the most hurtful and ignorant and horrible names under the planet." The singer said that Pattinson was a "white Prince Charming" among his fans, adding, "I think they considered that he should definitely be with somebody white and blonde and not me."

"Whatever I did at that time, people would find pictures of monkeys and have me doing the same thing as the monkeys," she continued. The racist abuse had a "massive, dysmorphic effect" on her psychological well-being. And while she's now much more confident in herself, twigs cited how deeply unfair it was for fans to make her feel "so self-conscious and so ugly."

In 2015, Pattinson lambasted the abuse in an interview with NME, offering a rare statement about his partner. "I was talking to my dad about this and I bet him that if he looked up Nelson Mandela's funeral on YouTube, the first comment would be a racist one," he said. "And it was, with like a million upvotes. What I don't get is why." Pattinson added, "I think it's because most normal people are not commenters — I've never met anyone who's left a comment on anything. It's just demons who live in basements. You have this weird thing where you end up trying to fight against this faceless blob."