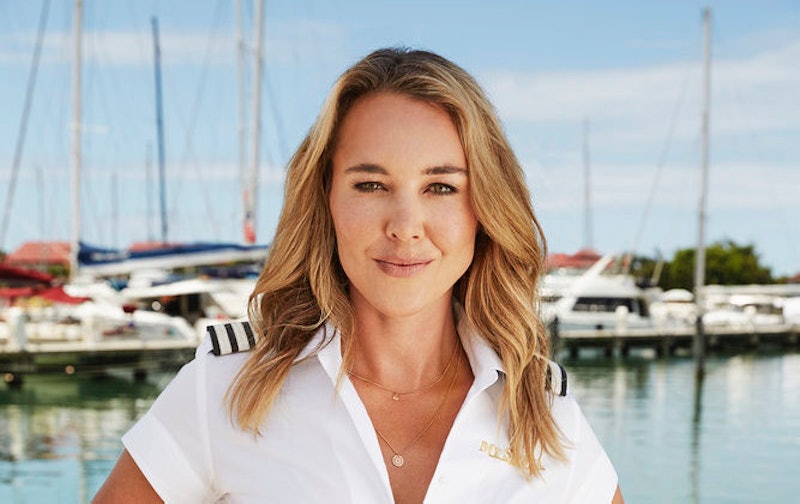 Following Kate Chastain's exit in Below Deck Season 7, series newcomer Francesca Rubi is taking over as Chief Stew for Season 8. And she'll be running a tight ship. "I do take my job a little bit too seriously sometimes," she admits in the season trailer.

This could lead to tension among the rest of the crew, as the show's cast page teases. "When she discovers her Stews are not up to her 'white gloves, no water marks' standards, [Francesca] reaches a breaking point that sends waves throughout the interior," it reads, describing her as a "perfectionist."

Here's what else to know about Francesca before the drama plays out.

Who Is Francesca From Below Deck?

According to an "about me" video on her YouTube channel, Francesca hails from Sydney, Australia and has traveled the world working on yachts for four years. Per her Bravo bio, she started her career in celebrity event management and later joined the yachting industry as a hostess. She's since worked her way up to Chief Stew, but she's also been a purser, deckhand, and stewardess.

Francesca's Job Outside Of Below Deck

Prior to Below Deck, Francesca worked on a ship in the frigid arctic circle. "One of [the] highlights was our Polar Plunge. We swam in Arctic Water at 81 degrees north in about -1 temperature water.. a shock to the system but after a couple of jumps in I couldn’t feel the cold," she captioned a photo from her time.

That's quite the 180 from her breezy Bahamian cruise on Below Deck. It sounds like Francesca is up to work on any ship in any weather, so long as it helps her see the world. "The best thing about traveling is you'll never have the same experience twice," she said in her YouTube video, adding, "you'll never hear me say no to an adventure."

To no one's surprise, the reality star's Instagram page is mostly photos of her global excursions. According to her YouTube video, she's been kite surfing, snorkeling with humpback whales, and even saw a polar bear while in Norway last winter.

And snowboarded in France.

She's probably missing traveling now, but at least she gets to quarantine in a place as pretty as Australia.