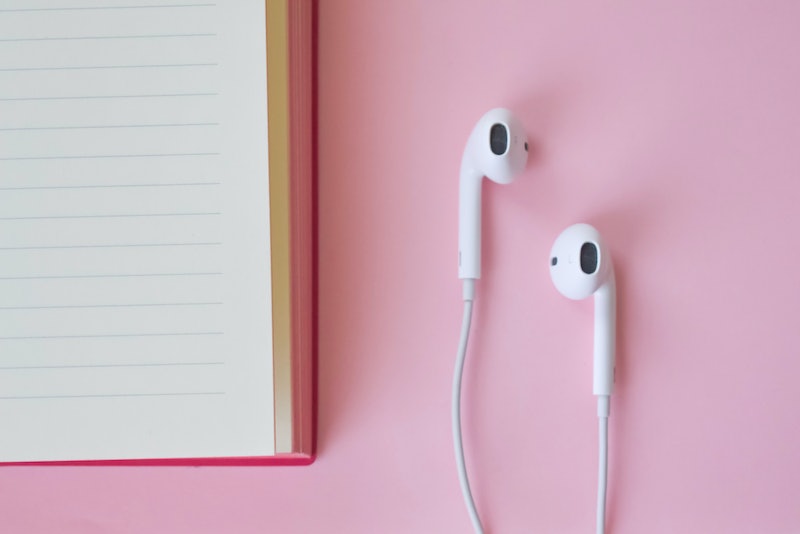 Audiobook fans, take note. Amazon Prime members can listen to free audiobooks — and below, we've picked out the top 13 from the hundreds available, so you can start listening now.

There was a bit of confusion a couple years back, when Audible replaced Channels (a feature introduced in 2016, which allowed Amazon Prime members to access free audiobooks and programs without subscribing to Audible) with Audible Originals. Prime members were left wondering whether they could still access free audiobook content from Audible — and, if so, how to go about it.

Fortunately, Prime members do indeed have access to free Audible content, thanks to Prime Reading: a service that provides Amazon Prime members with a rotating library of books and magazines to enjoy as part of their membership. Now, subscribers just have to look for Books with Audible Narration in Prime Reading, rather than Channels, when seeking out free audiobooks. The collection includes more than 250 Kindle Short Reads, Singles, and eBooks, at the time of this writing.

Below, check out 13 can’t-miss audiobooks currently available for free with Prime.

Sense and Sensibility by Jane Austen, narrated by Victoria McGee

Jane Austen’s classic novel, Sense and Sensibility, follows the Dashwood sisters — Elinor, Marianne, and Margaret — and their mother as their world is upended. In the wake of their father’s death, the girls’ half-brother inherits the only home they’ve ever known, placing the women in financial jeopardy. Now, the girls’ only option is to make a good match.

Oh. What. Fun. by Chandler Baker, narrated by Donna Postel and Brian Holden

This story from the author of The Whisper Network and The Husbands centers on the three Clauster siblings, who are in for a rather eventful holiday. Claire Clauster has always gone above and beyond to make sure her family has the perfect Christmas, but this year, she may have reached her breaking point.

From the author of My Sister the Serial Killer comes this short story about an aspiring Nigerian influencer whose biggest fan is about to become her worst nightmare.

The Memory of Us by Camille Di Maio, narrated by Fiona Hardingham

'The Memory of Us' by Camille Di Maio
Amazon

Julianne’s life is about to change forever. The young debutante has just uncovered a heartbreaking family secret: She has a deafblind twin, Charles, who has spent his entire life in an institution. As she works to build a relationship with Charles, Julianne finds herself falling in love with priest-in-training. But will the coming war shatter her life all over again?

There Is Confusion by Jessie Redmon Fauset, narrated by Tovah Ott

'There Is Confusion' by Jessie Redmon Fauset
Amazon

This 1924 novel of manners centers on three young people — Joanna, a wealthy and talented performer; Maggie, an aspiring social climber; and Peter, a mixed-race man with dreams of becoming a doctor — who find their burgeoning lives shaped by racism and classism in early-20th century New York.

Part of Audible’s Out of Line collection, Roxane Gay’s Graceful Burdens is a standalone short story about a woman who spends her days cuddling the infants she checks out from a “baby library” after she’s legally banned from having children.

In this 2020 Audie Award winner, a man returns to his ancestral homeland, Earth, to study the planet’s past and present. He thought that climate change had destroyed civilization, but finds that humanity has persisted on the “graveyard world,” even if the residents look nothing like the people he’s used to.

Kind of Hindu by Mindy Kaling, narrated by the author

Mindy Kaling’s memoir-in-stories is available on Kindle and Audible in six volumes. The first installment, Kind of Hindu, sees Kaling wondering how much of a role Indian culture should play in her children’s lives.

Parsnips in Love by Porochista Khakpour, narrated by Neil Shah

From the author of Sick comes Parsnips in Love, an Amazon Original Story about a rural Iranian farmer who discovers two parsnips that have grown together. For awhile, he keeps the treasure to himself — but when he finally decides to share his discovery with the world, he finds his life changing in ways he’d never imagined.

The basis for the Marilyn Monroe film of the same name, Anita Loos’ Gentlemen Prefer Blondes presents itself as the diary of Lorelei Lee — a spirited young career woman who leaves Little Rock behind to pursue her high-flying dreams, and takes her best friend along for the ride.

The first of eight stories in The Fairer Sex collection, Candace follows its eponymous heroine on her umpteenth blind date. After 10 years of searching for Mr. Right, Candace is used to being disappointed. Strangely, though, Patrick is the opposite of disappointing. He can’t really be that perfect, can he?

The five stories in Keke Palmer and Jasmine Guillory’s Southern Belle Insults series center on Janet: a quiet young woman whose life goes from drab to fab when she obtains a magical wig that allows her to harness the charisma of a fierce alter ego.

The first novel in Viveca Sten’s Sandhamn Murders series, Still Waters introduces readers to childhood friends Thomas Andreasson and Nora Linde, a detective and a successful lawyer, respectively. When two cousins from mainland Sweden are found dead — one washed in with the tide, the other at a bed-and-breakfast — on the island of Sandhamn, Andreasson and Linde must solve the case... while working through their own fraught history with one another.

More like this
50 Books To Read With Your Book Club
By K.W. Colyard
10 Must-Read New Books Out This Week
By K.W. Colyard
The Biggest Differences Between 'Bullet Train' & The Book It’s Based On
By Arya Roshanian
'The Sandman’s Ending Is A Departure From Neil Gaiman’s Comic Book Series
By Kadin Burnett
Get Even More From Bustle — Sign Up For The Newsletter

This article was originally published on Sep. 14, 2016