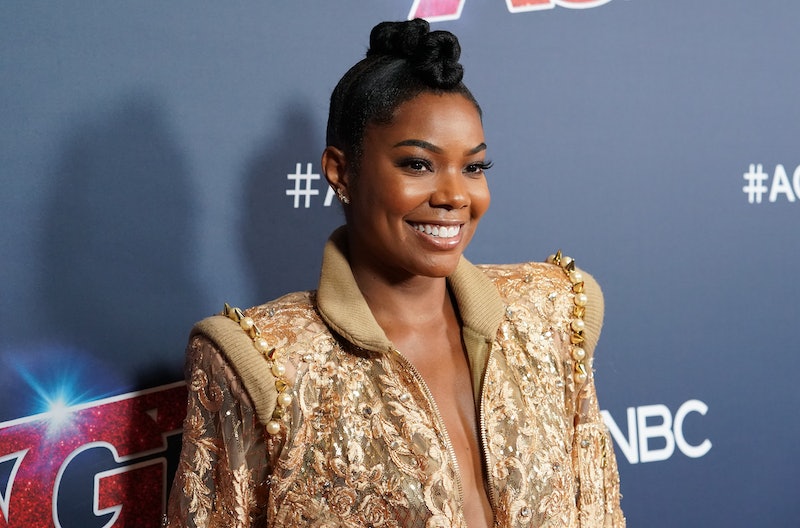 In nearly two decades of working in the film and television industry, Gabrielle Union recalls her "brutal" America's Got Talent exit as her most challenging business dealing to-date. She opened up about her time on the NBC talent competition show during the American Black Film Festival on Sunday, Aug. 23, during the "Minding Her Business" panel. Discussing her AGT departure, the actor even cited the situation as one of the "hardest parts" of her career in Hollywood.

In Nov. of 2019, AGT judges Union and Julianne Hough were terminated after just one season, and the former has been vocal about the alleged toxic culture on set, including allegations of behind the scenes racism and sexism. Union has since filed a legal complaint against NBC Universal Television, alleging that American's Got Talent judges and other employees were subject to, "racist jokes, racist performances, sexual orientation discrimination, and excessive focus on female judges’ appearances, including race-related comments," as per USA Today. NBC denied the allegations and defended the AGT workplace in a statement obtained by Bustle on June 4. "We took Ms. Union's concerns seriously, and engaged an outside investigator who found an overarching culture of diversity on the show," the statement read in part. "NBCUniversal reains committed to creating an inclusive and supporting work environment where people of all backgrounds are treated with respect."

Speaking at the American Black Film Festival, Union called the exit from AGT "really brutal," saying, "it all was so surprising and so heartbreaking and so frustrating and so unnecessary." She noted that reactions of the production company behind the show and the reactions of some fans made the whole scenario worse, resulting in what she described as "a public flogging." The Breaking In actor emphasized that she'd only tried to stand up for a healthy and equitable workplace, saying she was only, "just standing in my truth and standing on the side of employee rights and knowing there's a better way of doing business."

This is not the first time Union spoke out about AGT since filing a formal legal complaint. In June, Union opened up about the NBC investigation during an episode of The Daily Show With Trevor Noah, claiming that the company did not prioritize accountability or have "mechanisms in place so that when things happen, there are consequences." She emphasized that as "we're all wanting change" amid a national reckoning about racial discrimination in the workplace, it's important to "hold the people at the very top accountable" in the industry.

Daily Show host Trevor Noah asked the actor and entrepreneur what Hollywood could do to better support Black actors, producers, or other industry professionals, to which Union answered, "there has to be an increase in representation across the board." There needs to be more diversity among the people in charge of productions and studios, she said, noting that "who gets to determine budgets, who gets to determine opportunities and why" is an important focus. Then she added that, "some people think that leadership, the only way to lead is to center yourself in the process" but "sometimes the best way to lead is to get out of the way, and make room for someone else."

On Sunday, Union made clear she's not just talking the talk, she's walking the walk. She's hoping to pave the way for that kind of structural change through her own production company and other business collaboration, and create meaningful opportunities in a space "where I feel like the voices of marginalized folks have not been traditionally centered or amplified."