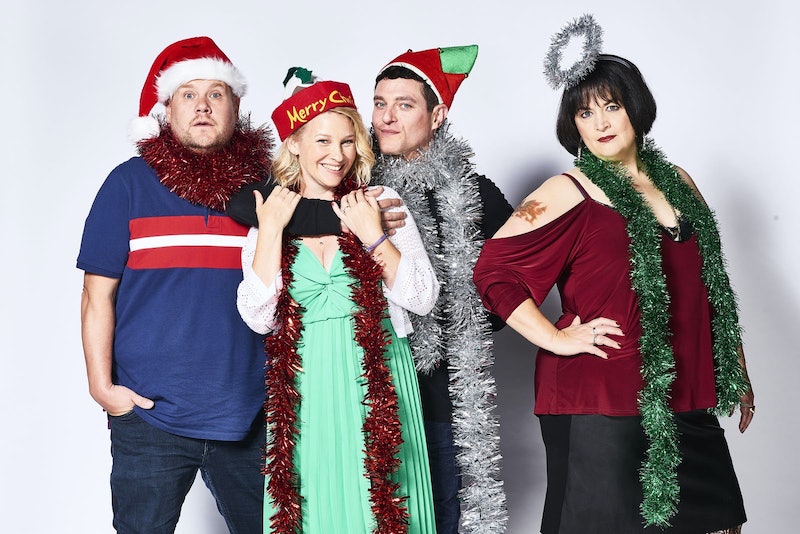 Following the show’s original run between 2007 and 2010, and a one-off Christmas special in 2008, the BBC’s Gavin & Stacey made a grand return to the festive TV line-up in 2019 after more than a decade off the air. As fans will remember, the episode, which was watched by 17.1 million people, ended on a bombshell proposal cliffhanger, leaving many fans hungry for more. But, will there be a Gavin & Stacey Christmas Special in 2021?

Unfortunately, there has been no confirmation of a Gavin & Stacey festive special in 2021, and with Christmas fast approaching, it’s unlikely fans will be treated to one this year. However, that doesn’t rule out the possibility that the BBC sitcom will return for a Christmas special in the future.

Speaking on his Brydon & podcast in April 2021, actor Rob Brydon, who portrays Bryn West in Gavin & Stacey, revealed that he thinks the comedy could at some point be back for another special, as viewers were left “hanging” at the end of the show’s 2019 Christmas episode when the character of Nessa (Ruth Jones) proposed to Smithy (James Corden).

“Well, I think they might do one more special. Because they left it hanging, didn’t they, with the proposal?” He added, “So it would seem strange if they didn’t. But they should crack on if they are going to do it.”

Appearing alongside Brydon on the podcast was his Gavin & Stacey co-star Sheridan Smith, who played Smithy’s sister Ruth “Rudi” Smith in the BBC comedy. “They created this masterpiece sort of one-off Christmas special,” she commented. “Now everyone’s asking for more, aren’t they?”

Per Radio Times, Gavin & Stacey co-creator Corden also said during an appearance on ITV’s This Morning in May 2021 that it would be “strange” to not continue the story after 2019’s cliffhanger. However, he added that the story would have to be “good enough” to warrant the show’s return.

“Really, it’s just about finding the time to do it and finding out if we think it’s good enough,” he explained. “Nobody wants a last episode that doesn’t deliver, so we’ve just got to sort of let the tank fill up again really. I hope so much that we get to do one. I think it would be strange to leave it where we left it,” the Late Late Show host added.

Speaking to The Sun in October 2021, actor Joanna Page, best known for her portrayal of Stacey Shipman in the much-loved comedy, revealed that the whole cast would be open to filming another Christmas special as the show is “such a joy to film.” However, she also disclosed that she has “absolutely no idea” if the BAFTA-winning sitcom will come back for another episode.

Recalling her experience working on the 2019 Gavin & Stacey Christmas special, Page continued, “I remember reading the script for the last Christmas special and going, ‘Nessa’s proposing! Oh my God, it’s finished! There is no end!’”

Although a 2021 Christmas special seems unlikely, Gavin & Stacey stars Jones and Brydon will be reuniting in the brand new BBC comedy Gaynor & Ra.

“The show follows Cardiff-based Gaynor, whose first marriage ended after she discovered her husband had been unfaithful multiple times, and Ray, whose own came to an end after his ex-wife said he was ‘impossible to live with’,” a BBC synopsis reads.