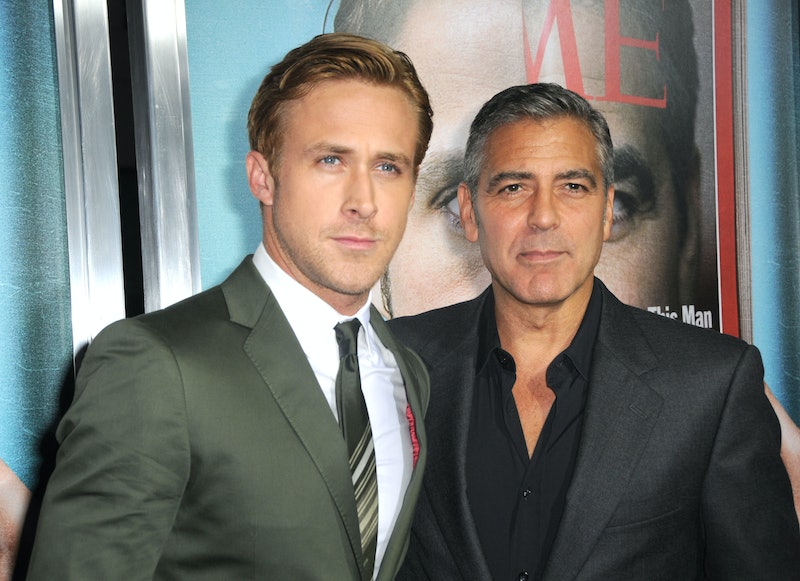 Noah and Allie's Notebook love story almost looked very different. In an interview with Entertainment Weekly, George Clooney revealed he almost played Noah in the 2004 movie, which ultimately starred Ryan Gosling alongside Rachel McAdams. "I was going to do a movie years ago called The Notebook, that Ryan Gosling actually did, and I was going to do it with Paul Newman," Clooney told EW. "I was playing the flashback and Paul Newman was the old guy." He didn’t comment on who may have played the Allie to his Noah, but let's just imagine it was Julia Roberts.

Clooney added that this all happened about 10 years before The Notebook was actually made (the book the film is based on was published in 1996). Initially, he and Newman were excited to work together, saying that the experience would be “funny.” However, as Clooney confirmed during a virtual interview at the 64th BFI London Film Festival, he dropped out because he got intimidated after going home and watching several of Newman’s famous films. “He’s one of the handsomest guys you’ve ever seen,” Clooney said, per Deadline.

"We were sitting there one day and I was looking at him and I go, 'I can't do this movie, Paul,'" Clooney continued. "He was like. 'Why?' I was like, 'Because everybody knows what you look like at 30 years old. You got blue eyes, I got brown eyes. You're too famous at 30 for me to be playing you at 30, it's never gonna work.' And he's like, 'I guess you're right.'"

James Garner and Gena Rowlands instead played the older versions of Noah and Allie. But oh, what could have been.