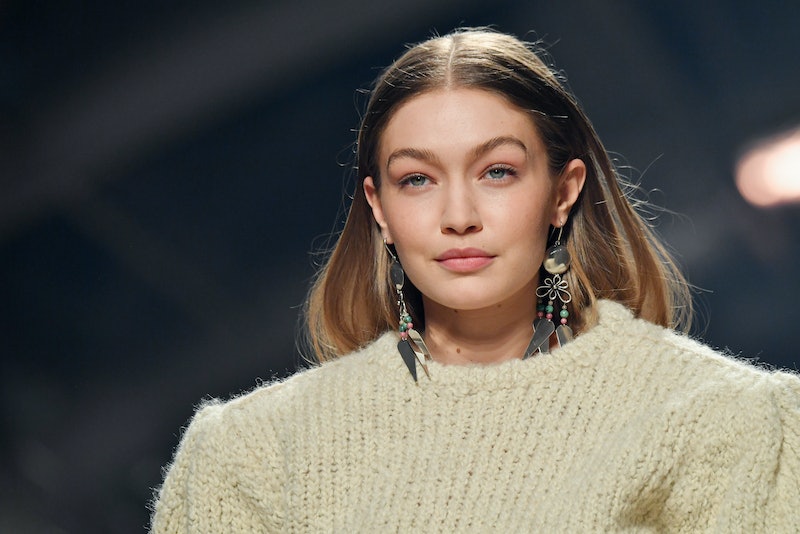 Amid conflict in the Middle East, tensions are also playing out on social media. On Saturday, May 15, Gigi Hadid slammed a claim that she’s anti-Semitic, sharing a screenshot on Instagram of an exchange she’d had in the comments of an earlier post. The model flatly condemned anti-Semitism and told critics what she wants is “equal rights for Palestinians” and peace.

Hadid, who is half-Palestinian through her father, has been vocal about the recent escalation of the Israeli-Palestinian conflict. Posting to her Instagram stories and her grid, she has brought attention to the ongoing violence, shared information about what it means to be Palestinian, and denounced human rights abuses. However, her commentary has rubbed some people the wrong way. In the screenshot Hadid shared, two negative comments are visible. One calls the star “another anti Semitic celebrity,” while the other says, “We gonna to stay in Israel, no matter how much u try to kill us its our land and our country and we dont given up on her.”

Responding to the two, Hadid chose to be diplomatic. “I condemn anti-semitism. ‘I’ am not trying to kill you, nor would I ever want that,” she wrote. “I do not wish any more deaths upon Israelis, just as I feel about Palestinians. What I do want is equal rights for Palestinians.”

Hadid went on to clarify that she doesn’t see it as an issue of religion, tying in her family history. “There are also Jewish Palestinians and Christian Palestinians,” she wrote, “as there was, coexisting, with my father’s Muslim Palestinian family when he was born in Palestine in 1948.” Finally, she concluded by wishing her detractors peace.

The comments came after Hadid took a stand against “the Palestinian oppression” on May 11, reposting the message, “One cannot advocate for racial equality, LGBT & women’s rights, condemn corrupt & abusive regimes and other injustices yet choose to ignore the Palestinian oppression. It does not add up. You cannot pick & choose whose human rights matter more.” Though there were numerous heated responses, including some that were downright hateful, her post also garnered more than 2.7 million likes and a flood of positive comments.

Meanwhile, her sister, Bella Hadid, has also faced hostility while posting in support of Palestinians. On May 12, she blasted the idea that her criticism of the Israeli government is rooted in anti-Semitism. “Hate from either side is not okay - I do not condone it!!” Bella wrote in part. “I will not stand to hear people talk badly about Jewish people through all of this. This is about HUMANITY not about religion !!!! This is about freedom in Palestine.”

The issue is clearly one both Hadid sisters are passionate about, and despite the ongoing backlash from some corners, they’ll keep speaking out.