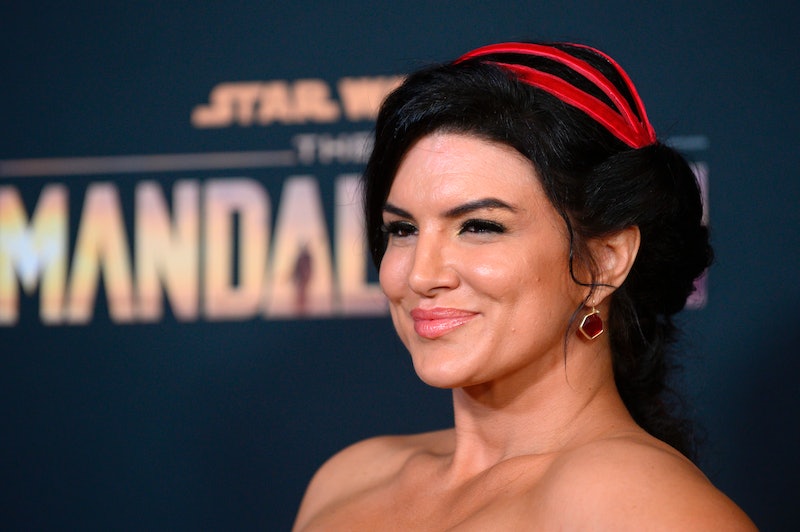 Mandalorian star Gina Carano has been dropped by Lucasfilm after the actor shared a controversial post on her Instagram stories. Carano, who plays Cara Dune in the Disney+ series, uploaded several posts on Wednesday, Feb. 10 (which which have since been removed by the actor) that caused a big backlash from her followers and fans of the show.

As Variety notes, Carano shared views that "compared today's divided political climate to Nazi Germany" in the now-deleted post, as well as another featuring "a person with several cloth masks covering their entire face and head" with the caption "Meanwhile in California."

These were accompanied by two other posts that, as of writing (Feb. 11), still remain on her story. One read: "Expecting everyone you encounter to agree with every belief or view you hold is f***ing wild," with the other saying "Jeff Epstein didn't kill himself."

"Gina Carano is not currently employed by Lucasfilm and there are no plans for her to be in the future," a spokesperson for the production company told Variety. "Nevertheless, her social media posts denigrating people based on their cultural and religious identities are abhorrent and unacceptable." She has also been dropped as a client by the talent agency UTA, a spokesperson for the agency confirmed to the Hollywood Reporter.

Carano, who played the former Rebel shock trooper in the first two seasons of The Mandalorian, was expected to star in a further two Star Wars-related series on Disney+. According to the Hollywood Reporter, the actor was set to star in her own series also, which was eventually scrapped "following her November tweets." Another series in production, Rangers of the New Republic, could have potentially featured Carano as well.

More like this
Turns Out George Clooney Is A Huge Fan Of This Classic British Game Show
By El Hunt
Everything To Know About The 'Daisy Jones & The Six' TV Series
By Maxine Harrison and Brad Witter
Laura Anderson Pulled The Ultimate Girl Power After Her Break-Up
By El Hunt and Megan C. Hills
'Happy Valley' Recreated This Moment From S1 In Its Penultimate Episode
By Sophie McEvoy
Get The Very Best Of Bustle/UK
Sign up for Bustle UK's twice-weekly newsletter, featuring the latest must-watch TV, moving personal stories, and expert advice on the hottest viral buys.