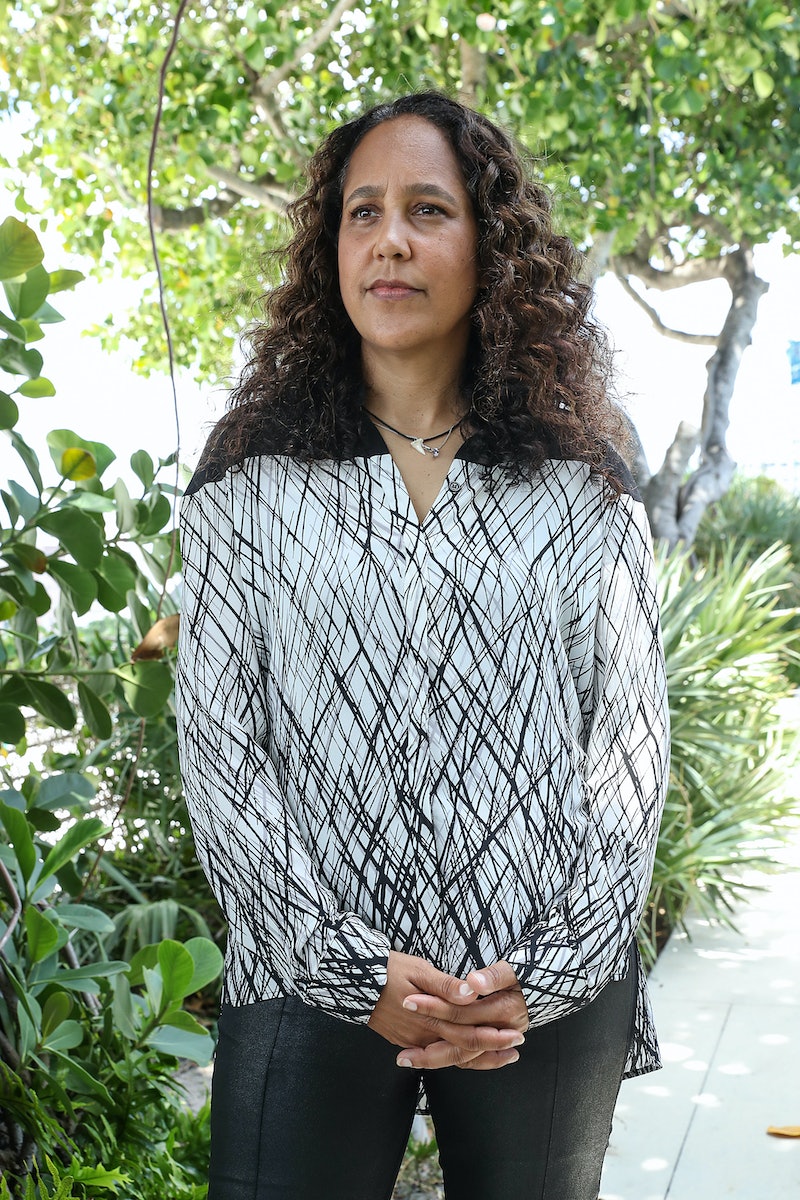 If there’s one thing we been knew about writer-director Gina Prince-Bythewood, it’s that her A-game is her only game, and she is going to bring it every single time, to everything she does: from the iconic Love & Basketball (2000), to the quiet force of The Secret Life of Bees (2008), to the powerful vulnerability in Beyond the Lights (2014), to the elegant grit of The Old Guard (2020). Prince-Bythewood keeps her eye on the prize in each project she takes on. Her latest, The Woman King, feels like a crowning moment for her in more ways than one.

Based on true events, the film tells the epic story of the Agojie, a unit of all-women warriors who fought to protect the African kingdom of Dahomey during the 1800s. Led by Gen. Nanisca (Viola Davis), the Agojie inspire their king (John Boyega) to challenge enemies in order to salvage their honor and integrity as a people during a period of interkingdom wars and slave trade. The cast is bananas, the reviews have been stellar, the box office big, and the broader impact undeniable.

Prince-Bythewood and I have known each other for years, and share a central point of connection: We are both transracial adoptees raised in white families and predominantly white environments who have chosen storytelling as a way to realize and reclaim our identities as Black women in America. Through that lens, her films have always hit a little different for me because I know how powerful it feels to create and tell Black stories from a place of longing. And this one, The Woman King, whew wee. There’s a lot to unpack.

Given that you and I have talked about identity through the lens of a Black transracial adoptee, I couldn’t help but think “Wow, Gina really ticked off all the things.” There’s an abandoned Black girl finding herself through the strength of Black women, a mother-daughter reunion, the need to honor our ancestors, and the strange moral ambiguity of biracial identity. Did these themes affect the choices you made as a director?

One of the main reasons I took the film was to be able to deal with these guttural connections I had with this material, in a genre that I love, and in a genre that doesn’t normally go there. To infuse those things in the script, and into these actors, that was everything.

This question will come as no surprise to you from me: I’m curious about your working relationship with Dana Stevens, the screenwriter, who is a white woman, and this film is hella Black.

The thing people don’t understand about making movies is that it starts with a really good script. Dana wrote a really good script. She is a hella talented writer. When a director comes aboard, it becomes a director’s vision. This movie is my lens, my vision as a Black woman. Dana was incredibly collaborative, open to everything. No defensiveness.

Fair enough. You’ve talked a lot about the physical toll of preparing for and shooting this film — the actors trained for hours a day and did all their own stunts — but after seeing it, I was really like, “Damn this is some heavy emotional stuff to carry.” It’s not just a sore arm muscle; it’s a sore heart muscle. How did you keep your hearts healthy?

As a director, I believe my greatest job is to create a space where the actors feel safe enough to give me everything, and they did. So I need to have knowledge [about] what they are drawing on. It’s such a responsibility. When we were shooting the scenes in the Barracoons, we have Lashana Lynch [who plays Izogie] and Thuso [Mbedu, who plays Nawi] chained up. Nobody was going to be laughing and joking. Everybody respected that moment, respected what they were doing, respected where they had to go.

There’s this amazing moment when we were shooting Izogie and Nawi — I don’t want to spoil anything, but something tragic happens — and Thuso was going there. I remember I said, “Cut,” and Thuso was still heaving, crying, and you just see Lashana’s hand gently rubbing her arm. It’s those types of moments, of being so in tune with each other, knowing what each other is drawing from, and being there for each other.

I’m so glad you mentioned a particular moment in the film because there’s another scene when Nawi has to actually put Izogie’s dislocated arm back into its socket. I mean, how do you even direct a scene like that?

I remember that night so distinctly, and I’m going to be honest, as a director, I still marvel. When I watched that I was like, “How did Lashana tap into that real physical pain?” It’s stunning. I remember Lashana coming to me and saying, “Let Thuso know that she can physically do whatever she wants to get Izogie out of it.” Giving each other permission to be real in the moment, that is a gift as the director.

Beyond their extraordinary talent, were there things actors brought to the characters that you didn’t have to draw out?

Izogie is much funnier in the movie than she was on the page. Not everybody can do comedy in such an organic way [like Lynch]. The moment I saw that, I started to write to that. I started to see this beautiful chemistry between Thuso and Lashana, an I started putting them together more.

Viola Davis, man, every time she would come to me with “Hey, can I try something? I have this idea,” it always completely elevated the scene. A great example is the scene where [her character] says, “A warrior must kill your tears.” Toward the end of the scene, she dismisses Nawi, and Nawi starts to go. Nanisca calls her back, pulls Nawi’s machete, and takes it. That was not scripted. That was Viola in the moment. Viola didn’t tell Thuso what she was going to do. You see tears spring to Thuso’s eyes, because Thuso was so in it, she knew what that meant to Nawi. As a director, you know when to step back and let great actors do what they do.

What about the romance, or should I say the almost romance, between Nawi and Malik? What do you hope audiences glean from that?

I love Malik’s character. A lot of his dialogue, him going back to the place of his ancestors, his mother, his birth — which is so many of us who were taught that our history begins with enslavement — is so important for the audience.

Also that Malik, who is technically biracial, ultimately chooses his Blackness, which is another thing you and I have talked about, certainly as Black and biracial people. This particular storyline felt so visceral.

Exactly, and again, I love his arc in that. I love putting that into the world because, yeah, oftentimes you get questioned about your allegiance, or who you are, or how you identify. This was a way to visualize that emotionally on screen, and to understand the choice he makes at the end as a Black man.

Does this film feel like an opus for you?

Well, certainly Viola says it’s her magnum opus. I do feel like all my work up to this point has led me to this, to be able to tell this story at this moment. It still feels like a miracle that this film got made in Hollywood. Don’t get me wrong, there were fights. It felt like every moment [I was] fighting for my vision. But the world on screen is the way that I absolutely intended, that Viola had absolutely hoped for, with these women who signed on and trusted my vision. This one is special. I mean, I love all my children. This one is special.

I would be remiss if I didn’t ask about the depiction of sexual assault, which was very — it feels strange to say — but heartfelt. I've never seen anything like it, in terms of sexual assault as depicted in film. You must have had a lot of conversations around that.

Yeah, we did. Also, this was going to be part of the fabric of the film. We weren’t going to shy away from it. [We asked,] “How are we going to show this? How do we put it on screen in a way that’s authentic and true and emotional and not ever gratuitous and not for anyone’s gaze?” Again, knowing as a director what the actors are drawing upon, you have to respect it.

I get the respect part, but what does that actually mean? When you’re talking or shooting a scene, you say to the rest of the cast, “Respect,” or how do you create that space?

The actual scene with the young Nanisca, that was an absolutely closed set. That was [because of] incredible conversations with two actors who have the ability to say cut at any moment they feel uncomfortable. It was about me being there in that hut with her, as opposed to somewhere off at a monitor, [like], “No, I’m in this with you.”

We had these conversations prior to even stepping on set, so I knew what she was drawing on. I had as few crew as possible, and they all knew to respect the moment. Respect what is being pulled from one’s heart or head or gut or past. Be quiet and honor what you’re witnessing.

How are you feeling now that the film is done, and you're not in that extraordinary space you created?

I miss the beauty of the experience. Right before I started, Ambassador [Attallah] Shabazz reached out to me, and said this thing that blew me away. I shared it with the actors at the end of the shoot. She said, “The exercise for you will be once you return home, how will you sustain your own inherent crown now that you know it’s yours, in a space that is unfamiliar with that truth?” That has stayed with me. Me, the actors, we’re not taking off the crown. That’s what the film did for us.

More like this
In Pop Culture, Female Journalists Are Finally The Main Character
By Jenny Singer
More Jodie Turner-Smith, Please
By Erin Somers
Nothing Says Christmas Like An Amnesia Plotline
By Madeleine Aggeler
At 14, Pauline Chalamet Fell In Love & Danced ‘The Nutcracker’
By Grace Wehniainen
Get Even More From Bustle — Sign Up For The Newsletter