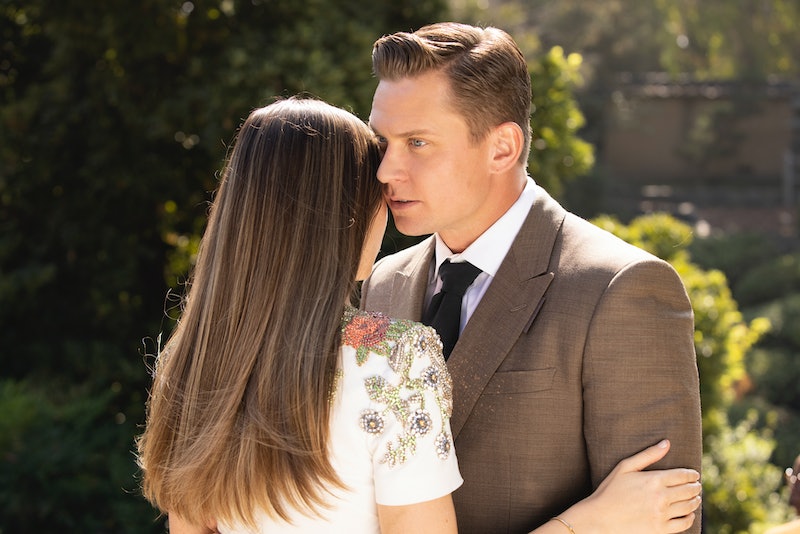 It’s not hard to draw a connection between the omnipresent technology company in Made for Love and the real world. The company owned by Byron Gogol (played by Billy Magnussen) — CEO, billionaire, tech genius, and abusive husband to Hazel (Cristin Milioti) — is ostensibly named after him, “Gogol.” But the homonym is right there; you don’t even need to Google it.

It’s clear that Alissa Nutting, the author of the novel Made for Love and a writer on the adapted show, drew some inspiration from the world’s most prominent search engine. Just like the real-life Google, Gogol is responsible for making everything from networks to phones, and seems interested in expanding in any direction it can. Both companies use a “G” logo, although Gogol’s is more akin to either the lowercase, serif “g” old-school Google logo or a set of handcuffs, depending on your perspective.

Of course, it’s just one source of inspiration. Nutting acknowledges that what she hoped to explore was more how technology could become a crutch and an intrusion in relationships. But while the name of the company — and some of its boundary-pushing privacy practices — certainly feel plucked straight from the real world, there’s a literary antecedent as well: Nikolai Gogol, a Ukrainian Russian storyteller known for his use of surrealist, satirical, and grotesque works.

Nikolai Gogol lived in Russia in the early 1800s and was responsible for such works as The Inspector General, Marriage, “The Portrait,” and “Diary of a Madman.” Whether he was writing plays, books, short stories, or poetry, Gogol skillfully combined elements of realism and fantasy, often creating comedic takes on complex psychological studies centered on themes such as alienation, impotence, and frustration.

It’s not too far out of step with how Nutting and showrunner Christina Lee sought to deepen the characters in Made for Love, each struggling with how to feel human and loved at the same time. As the show dances somewhere between grounded drama sci-fi and biting modern satire, it echoes what Vladimir Nabokov said of the real Gogol’s writing: “The absurd has as many shades and degrees as the tragic has ... You cannot place a man in an absurd situation if the whole world he lives in is absurd.”

In Made for Love, the lengths Hazel and Byron go to feel extreme, a version of the absurd that seems completely logical.

“That sense of shortcuts and optimization and doing something faster equals better, and let’s not worry about what’s lost in that translation, and really has this kind of powerful connection to Hazel’s journey as a character and her relationship with Byron,” Nutting says.

“Hazel and Byron both to some extent try to build this relationship that is perfect by both seeming perfect and hiding any aspects of themselves that they don’t like or they think their partner wouldn’t like. And as a result they begin to really grow apart and misunderstand each other. And I think that’s something that everyone can relate to and is maybe the least sci-fi thing of all.”