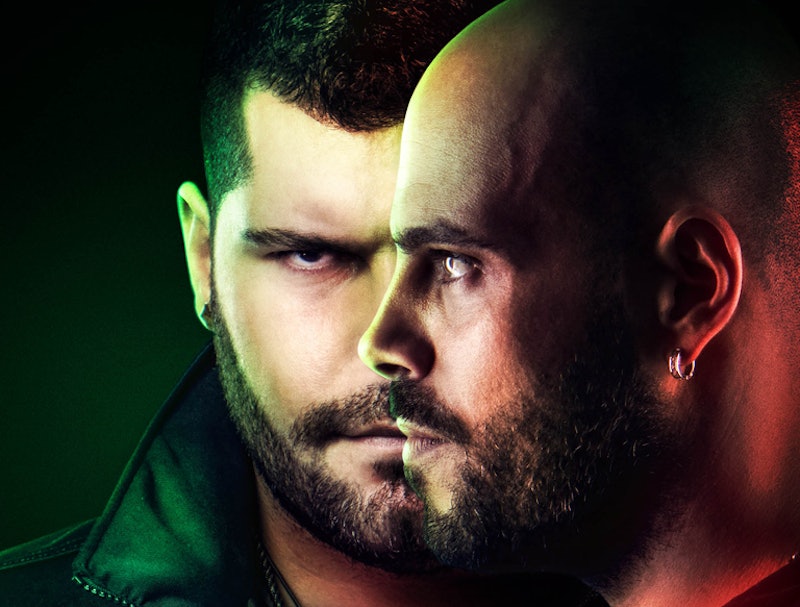 Great news for Gomorrah fans. Not only has Gomorrah Season 4 already been filmed, but it's also been renewed for a fifth season as well, according to the Italian blog Coming Soon. The Italian TV series airs on Sky Atlantic internationally, but it was recently moved to HBO Max for American viewers. They can enjoy the third season on Jan. 21, with future seasons slated to premiere there.

According to The Hollywood Reporter, HBO Max previously secured the American streaming rights for the first two seasons, pulling it away from Netflix. Now Season 3 will join on Jan. 21. THR reported that HBO Max also has the rights to Season 4, the upcoming Season 5, and the movie spinoff The Immortal. As for when these will hit the platform, Season 4 already aired in Italy in early 2019 and The Immortal debuted later that same year, so chances are they're coming very soon.

However, the streaming site could hold off for a few months to give fans a chance to watch and enjoy Season 3 first. For instance, even though HBO Max had the fourth season of Search Party in the can, there was a delay of about seven months between the Season 3 release and the Season 4 release. By that pattern, fans may be able to expect Gomorrah Season 4 to hit HBO Max in fall 2021.

Beyond that, Season 5 is slated to wrap up filming in Italy in spring 2021, per Coming Soon. It may then premiere for Italian viewers later on in the year. After that, it might be early 2022 before HBO Max is able to stream that season, which is also slated to be the final one for the series, according to actor Salvatore Esposito. But American fans don't need to worry about the end just yet. There's still so much left for them to see before the series finale even arrives.

More like this
The 'Gossip Girl' Reboot Creator Is “Looking For A New Home” To Air A Potential Season 3
By Brad Witter
A New 'And Just Like That' Table Read Pic Confirms A Key Character's Return
By Jack Irvin and Grace Wehniainen
The 8 Best Aidan Shaw Moments On 'Sex And The City'
By Grace Wehniainen
'The Last Of Us' Video Game Revealed Tess’ Fate In The HBO Series
By Brad Witter
Get Even More From Bustle — Sign Up For The Newsletter
From hair trends to relationship advice, our daily newsletter has everything you need to sound like a person who’s on TikTok, even if you aren’t.