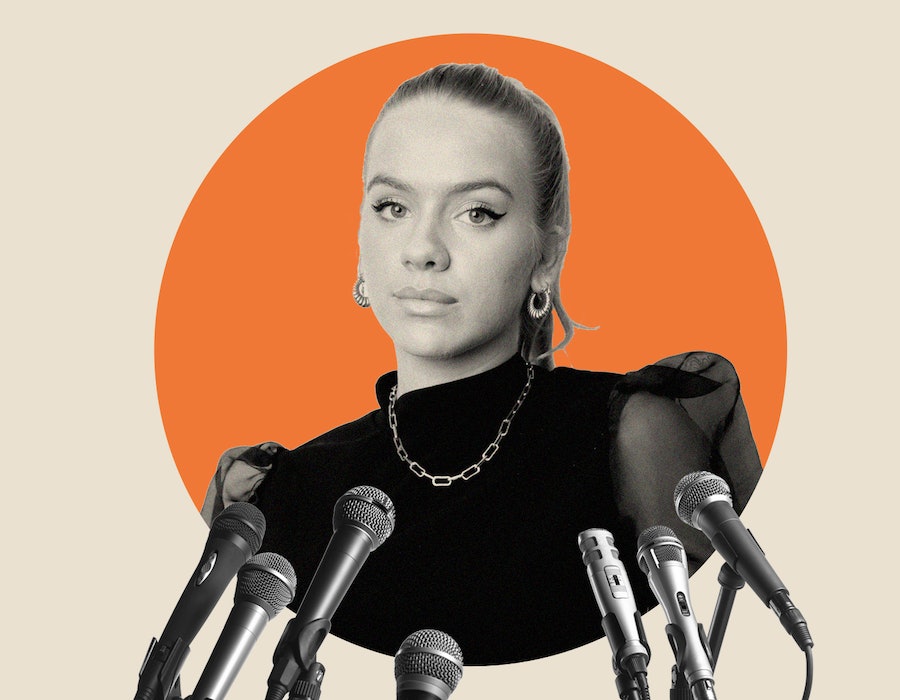 You’d be forgiven for thinking Grace Beverley is the type of person who never switches off. The 24 year old is an Oxford graduate, a social media celebrity, a Forbes 30 Under 30, and the owner of two businesses: SHREDDY and Tala (the latter of which made £6 million within a year of launching). But the reality is quite the opposite. Beverley is a big believer in down time, and it’s a topic she dedicates many pages to in her new book, Working Hard, Hardly Working.

Beverley’s self-help guide is a complete side step from the 24/7-grind-girl-boss handbooks we’ve become accustomed to in this space. You’re not about to hear this entrepreneur advocating for a 70-hour working week or waxing lyrical about the importance of keeping on top of emails at all hours of the day and night.

Speaking about the thought process behind Working Hard, Hardly Working, Beverley tells me: “I’m a huge reader and love a lot of self help books. But I realised I was either reading books about having a better balance and taking better care of myself or ones talking about being super ambitious and successful. These two things were rarely addressed together, so it was so hard to get the full picture.”

With her book, Beverley set out to answer a question she herself needed the answer to: “How do you be productive but also be a sane human being?”

Looking back, Beverley realises that writing the book was itself a lesson in productivity. “I think the book is a massive testament to the time management chapters I included because that was literally what I lived by,” she laughs.

Below, Beverley discusses her new book, her tips for breaking into your chosen industry, and the importance of switching off.

When you were writing the book who were you thinking about as the reader?

The more I wrote the book, the more I realised this it wasn’t just for Gen Z or Millenials. I think it will resonate with them but the way we work has changed [for everyone]. There’s a wider network of people who are being affected by hustle culture, the need to be connected all time, or being expected to reply to an email at 10 p.m and a lack of boundaries. There are people in my organisations who have been working for 30 years and people for not even three. The same work culture affects both of them.

You dedicated a whole section of your book to redefining productivity. Do you think social media has perpetuated this idea of the “24/7 grind”?

Yes. If we now have this view that people working 35-40 hours per week are lazy, not ambitious, or not doing the most, then it’s so harmful. It creates a culture where, if you’re not working or grinding 24/7 and you decide to rest – because it’s needed – then you’re somehow forgoing massive opportunities to make more money or be more successful.

Of course, I will be the first person to stand by a side hustle – it’s how I got to where I am – but if that becomes a must or a requirement for success or [to prove you’re] working hard, it’s so harmful. Hustle culture has become the norm on social media, so it’s hard for it not to become normal in life.

Have you got any advice for other young female entrepreneurs who are struggling to break into their industry or to break the glass ceilings within it?

If you’re just starting out, look at the industry and see where the gaps are. Try to work out what customers aren’t already getting from existent brands. Their product might not be sustainable or their platform might not be very user friendly, for example. Most businesses are just improvements on more traditional business models. [With Tala], I really believed in the concept and wanted it to be this successful because it proves that a disruption in the fashion industry is able to happen. There’s an appetite for that.

I also really recommend – especially to women and people starting out – that you should collaborate. Look for people who are like-minded and can give you that support network. I forwent networking for years because I thought it was more important to do the work rather than speaking to people in the industry. I actually would have had so much more support if I’d put the time to speak to other people. It’s given me a lot more ideas and it can get really lonely as a business owner.

So often people are taught how to work hard but not how to switch off. How did you learn to have proper time off?

For me, it was becoming a need. I realised I couldn’t balance 320 things at once and, when I do make time to rest, it can’t just be when I’m on the verge of burning out. It’s always about planning and having boundaries in place. If I know that I was supposed to be resting by X time, then I can make sure that I’ve taken it into account and don’t feel like I’m slacking when I do it.

Self care doesn’t always mean Netflix on the sofa. Yesterday I was restless but I didn’t want to work as it was the weekend. So instead I cleaned out my wardrobe. It’s the same when I’m doing any hobbies. If I’ve prioritised them, then I’m more likely to feel good about them. That might be playing netball or doing art. You can feel good about it, you know it doesn’t need to be monetized, and you’re giving yourself permission.

More like this
Why We Love Investigating Friendship Breakups
By Carolyn Steber
Here’s Where The NHS Nurses’ Strike Currently Stands
By Sophie McEvoy
TikTok Has A Genius Old School Hack For Saving Money
By Sophie McEvoy
90 Epic Truth Or Drink Questions To Play 'Say It Or Shot It' With
By Bustle UK
Get The Very Best Of Bustle/UK
Sign up for Bustle UK's twice-weekly newsletter, featuring the latest must-watch TV, moving personal stories, and expert advice on the hottest viral buys.