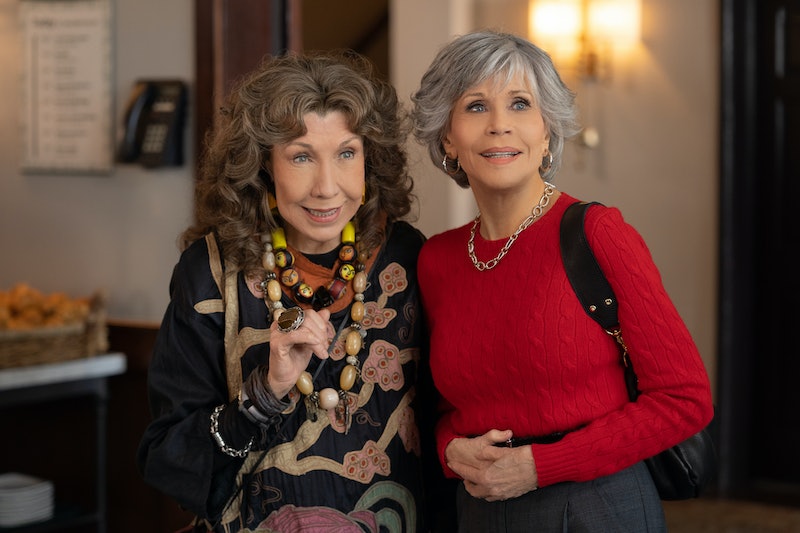 After seven years of delighting fans with its equally absurd and sentimental plotlines, the popular Netflix sitcom Grace and Frankie is coming to an end. Production of the series’ final season was delayed by the pandemic, so the first four episodes of Season 7 aired in August 2021, and the last twelve were released in April 2022. In total, the series will consist of 94 episodes, surpassing Orange Is the New Black’s 91 episodes to become the longest-running original scripted series Netflix has released yet.

In a Los Angeles Times interview in January 2020, Grace and Frankie co-creator Marta Kauffman explained that the streaming platform was responsible for the decision to end the series. “Netflix isn’t doing long-term series anymore. And we are really lucky that we got the seventh season,” Kauffman said. “I think when we started, we imagined seven seasons. But, really, this is the kind of decision that comes from Netflix. But as sad as I am that it’s ending, there’s something that makes sense about it.” And they’re going out with a bang! There’s plenty to get excited about in Season 7 Part 2 of Grace and Frankie — including a cameo from Dolly Parton, who starred with series leads Lily Tomlin and Jane Fonda in the beloved 1980 film 9 to 5.

As Tomlin and Fonda reflect back on making Grace and Frankie, what often comes up is the rarity of seeing older women depicted with the fullness that is shown in the series. “For too long, women of a certain age were relegated to a track suit and a wig hat and being sort of the object of much of the humor,” Tomlin said during an interview she and Fonda did on Good Morning America. “Male stars might be 50 or 60 years old, but their girlfriends or their lovers were maybe 19 or 22. And women were only acceptable, desirable if they were like that. And the whole society accepted it.”

“I was thinking, ‘How great to be able to say this on a show that's being shown around the world,’” Fonda added, when asked about the show’s exploration of friendships between women. “Women loving on each other doesn't have to be sexual. We're not always fighting each other and competing. That made me so happy that I could be in a show like that.”

It’s not just viewers who will miss the beloved series — Tomlin and Fonda have also lamented the fact that they’ll no longer be working together every day in neighboring trailers. In numerous interviews about the final season, the pair has mentioned how working on this series about the friendship between Grace and Frankie has also helped to deepen their own friendship. “It's also a bittersweet little sadness,” Tomlin told GMA about the ending of Grace and Frankie. “Just out of the blue, too, a couple of days ago, Lily said, ‘I miss Grace and Frankie,’” added Fonda. “And I knew what she meant.”

More like this
'Who Killed Sara?' Won’t Return For Season 4
By Brad Witter
'Bridgerton' Season 4 Will Likely Focus On This Brother's Divided Heart
By Grace Wehniainen and Alyssa Lapid
'Bridgerton' Star Nicola Coughlan Confirms Season 3 Will Focus On Colin & Penelope
By Grace Wehniainen and Alyssa Lapid
Will The Pentaverate Get A Season 2?
By Kadin Burnett
Get Even More From Bustle — Sign Up For The Newsletter