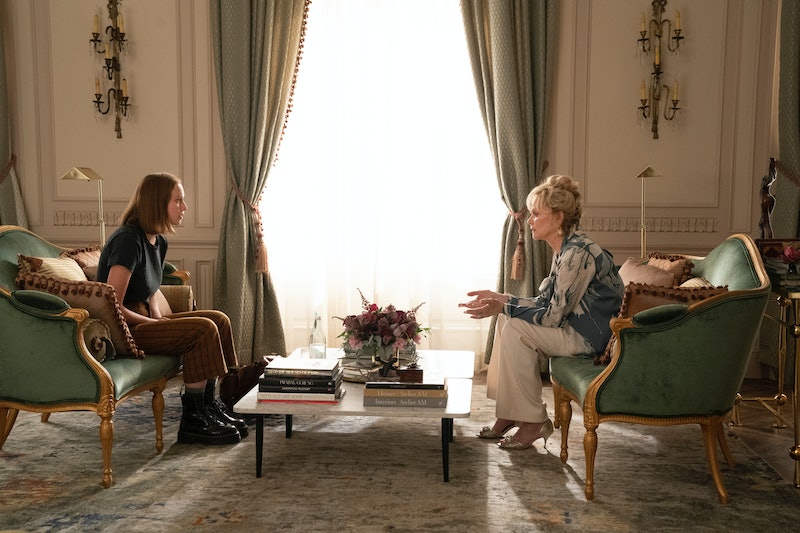 At its heart, HBO Max’s Hacks is about more than just the battle between the old and the young. It’s also about the clash of two very different eras of comedy.

Deborah Vance (Jean Smart) comes from the old school approach. The 70-something comedian has had the quintessential career as a stand-up comic, where no stage is too small or undignified for her flinty sensibilities. On the other side is Ava (Hannah Einbinder), a young millennial who got her break through the internet. Coming from two extremes of the spectrum, the two immediately butt heads and trade barbs, forming a mutual respect with every new roast.

For comedy fans, watching the two women spark off each other will no doubt be thrilling, as the two characters stand in for a lot of legacy — if not specific people — in the comedy scene.

Is Hacks’ Ava based on a real person?

If there’s a comic the Hacks team tailored Ava on directly, they’re not saying — which is understandable since, unlike Deborah’s veterans, that comic would still be alive and active in the community.

But that doesn’t mean Ava’s story isn’t a familiar one. As a promising comedian who dropped out of college to write on a show, only to see her career stall after an off-color tweet, Ava touches on a lot of millennial talent cliches. Twitter has become a hotbed for both hopeful comics looking to get a following for themselves and a place where offensive material can land folks in hot water. Ava has clearly found herself on both sides of that, and as Hacks co-creator Jen Statsky has said, the show presents her with the opportunity to nurture her work ethic, style, and social skills, or else risk flaming out entirely.

“So often, the things that have gotten people in trouble are jokes or comments that are targeting groups that have been traditionally marginalized,” Statsky told NPR, noting that the show was never meant to be a commentary on “cancel culture.” “I think they rush to hide behind this idea of, Oh, comedy, you should be allowed to say anything. But I don't know. I think as a human being, I don't know that you should be allowed to say anything when it's a hurtful or hateful statement towards a certain group.”

Is Deborah Vance based on a real person?

Deborah Vance may be jaded from her time in the industry, but she’s not immune to its charms. Hacks is sure to highlight how hard she works, highlighting the fact that she’s so staunchly devoted to performing that she’ll jeopardize her personal relationships.

Smart has said that she didn’t model Deborah off any one comic in particular, but rather borrowed “unconsciously” from some of the greats like Elayne Boosler, Phyllis Diller, and even Sam Kinison. And there are clear connections to each of those: Like Deborah, Boosler and Diller had a varied career that ran the gamut of stand-up specials, guest spots, and short-lived late night host duties; the latter also shared a love of eye-grabbing fashion. In Kinison’s legacy it’s easy to see the controversial edge to Deborah’s act.

But it’s hard to look at Deborah Vance and not in some way see Joan Rivers. Rivers looms large over the comedy scene, particularly among women. And like we see Deborah in Hacks, Rivers was famously ruthless throughout her career, particularly when it came to fellow female comics. As she aged, Rivers struggled to shed her outdated attitudes, even as new opportunities were presented to her (including a stint on QVC, just like Deborah’s). And yet Rivers always found a crowd — even after she was blackballed by Johnny Carson and her show was canceled. Until her death, her devotion to a broad, “time tested” comedic approach was applied at every gig she could get.