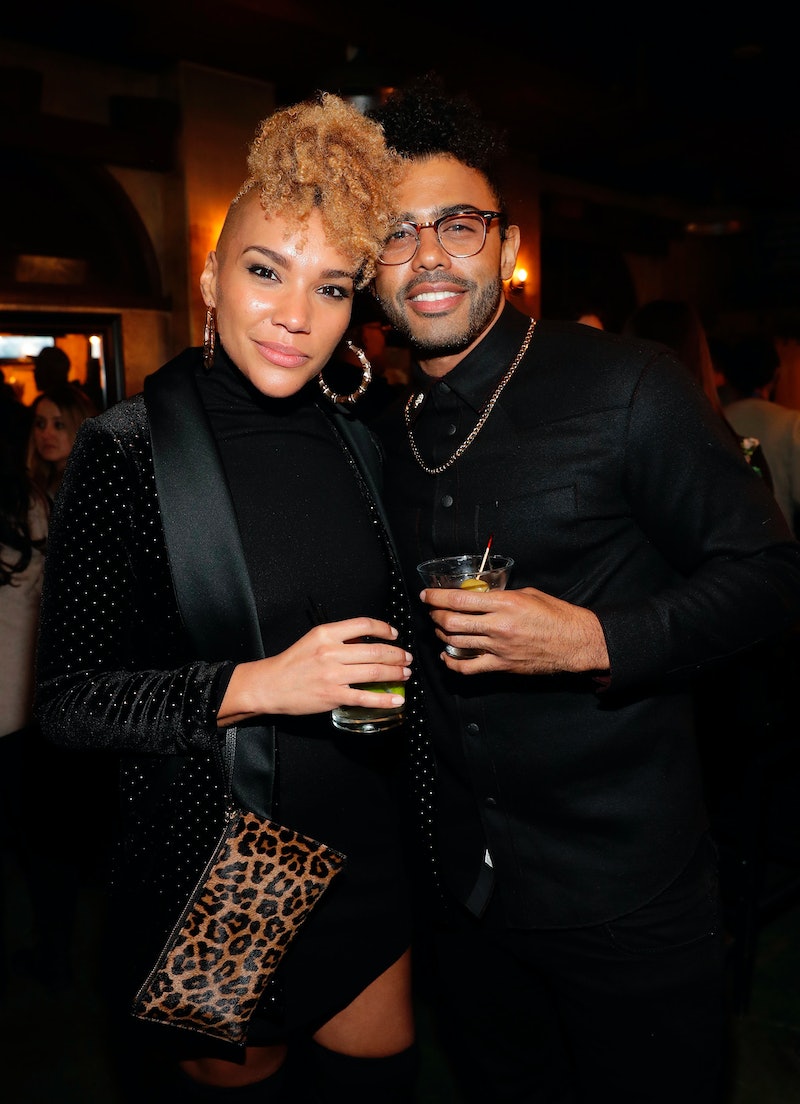 These two Hamilton stars took their relationship way beyond than the room where it happens... but that doesn't mean they've been super public about it either. Hamilton alums Daveed Diggs and Emmy Raver-Lampman are dating. But we wouldn't blame you for not catching on even if you're the most dedicated Hamilton stan — the couple have kept their relationship very low-key.

Diggs and Raver-Lampman were both part of the original Broadway cast of Hamilton when the musical opened in 2015 — Diggs originated the roles of Thomas Jefferson and the Marquis de Lafayette, winning a Tony Award for his performances, while Raver-Lampman was a member of the ensemble cast. Although they met on stage, according to Yahoo, the two didn't officially start dating until 2019, and they’re still going strong nearly two years later.

The two have obviously kept their relationship low-key, only making a few public appearances together in the last year — including one red carpet event where they both wore masks, meaning they were very ahead of the curve. In fact, they only confirmed their relationship in a 2020 interview with Refinery29, in which Raver-Lampman revealed that she was quarantining with Diggs in their Los Angeles home. However, the couple is slowly becoming more comfortable with publicly expressing their love.

In March 2021, Diggs and Raver-Lampman let fans into their home — literally — by giving Architectural Digest a tour, making many fans finally realize they were an item. The couple revealed that they moved into the house about two years prior, after living in a West Hollywood rental apartment. And while it’s filled with personal touches, like nods to Diggs’ hometown of Oakland and a framed Pulitzer Prize-nominated article written by Raver-Lampman’s father, Diggs sweetly credited his girlfriend for decorating the impressive space. “Every time I showed up, there seemed to be some sort of surprise waiting for me,” he said. “Whole sections of our home were being created without me, yet clearly with me in mind.”

Even when they were more discreet about publicly expressing their love, they’ve never been shy about supporting each other on social media. When Raver-Lampman's Netflix show The Umbrella Academy premiered in February 2019, Diggs took to Instagram to show his support. "Superhero. @umbrellaacad hits your @netflix feed Feb. 15th and I can't wait for y'all to see how brilliant @emmyraver is in this show," he wrote on Instagram.

When the show was renewed for a second season just a couple months later, Diggs was equally as ecstatic. "Guess who's making a season 2!!!!" he wrote on Instagram. "So proud of @emmyraver and congratulations to the entire @umbrellaacad squad! I can't wait!" He even promoted her interview on Last Call With Carson Daly in April 2019.

For her part, Raver-Lampman has previously shared throwback photos of the pair, often with other Hamilton alumni, including a March 2019 Instagram post with Diggs and Lin-Manuel Miranda, where she branded both actors as "gentlemen." It seems that their quiet approach to love in the public eye is working for them, and Hamil-stans absolutely love to see it.