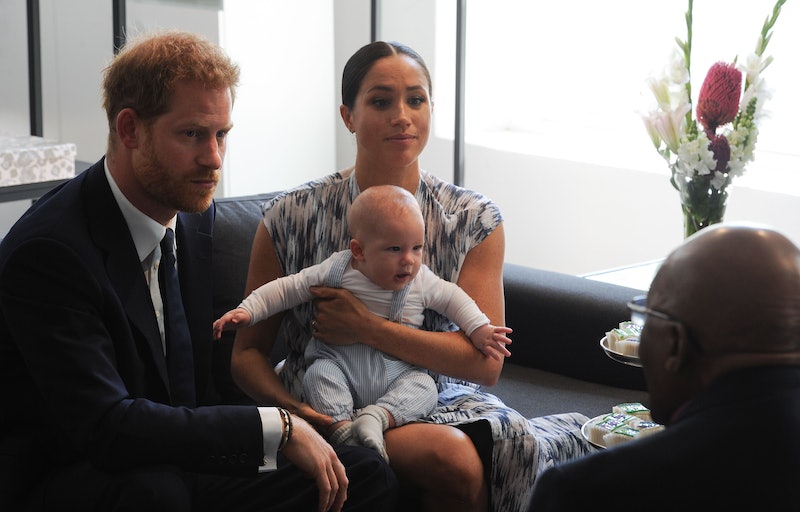 Update: The Duke and Duchess of Sussex have received an apology from a news agency after the couple launched legal action in Los Angeles in July.

In a statement on Thursday (Oct. 8), their lawyer Michael Kump said the agency responsible, X17, had apologised to the couple and agreed to a “reimbursement of legal fees”. Kump said that the outcome was “successful,” adding that “all families have a right, protected by law, to feel safe and secure at home.”

Previously: The Duke and Duchess of Sussex have launched legal action in the US after drones were allegedly used to take pictures of their son. The complaint was filed in Los Angeles, California, where the couple are now residing having stepped back as senior royals at the end of March. In it the couple claims photographs were taken of their 14-month-old Archie at their home during the coronavirus lockdown.

The lawsuit, announced on Thursday (July 23), states that Prince Harry and Meghan Markle are suing to stop the sale and publication of a photo of their son Archie which they say was shot at their Los Angeles-area home without their permission. The lawsuit highlights Californian privacy laws and claims the pictures were an invasion of privacy.

“This action arises out of the relentless and quite frankly shocking efforts of the tabloid media to profit from serial intrusions of the privacy of a 14-month-old child in his own home,” the suit says. The couple says they saw a photo of Archie being offered to media outlets which was purported to have been taken on a family outing in Malibu. However, the couple alleges the image was actually covertly shot by a drone over their garden, without their knowledge or permission.

Meghan and Harry don’t know the identity of the photographers and sellers of the photos, and they are listed as John Does in the lawsuit filed in Los Angeles Superior Court. The lawsuit seeks to identify the defendants, and for the court to issue injunctions requiring them to turn over all photos of Archie and cease harassing the family.

The lawsuit highlights the royal couple’s previous privacy issues in the UK and in Canada, where they were able to live for six weeks, the lawsuit says, before a British tabloid published their exact location, prompting them to move to California. It also details the media harassment they say they've had to constantly fight in the months since they moved into their Los Angeles-area home, including the appearance of drones as close as 20 feet above their home, helicopters flying overhead as early as 5:30am that disturb both Archie and neighbours, and some photographers cutting holes in the mesh fence erected to keep them out in an attempt to get shots of the family.

The couple's lawyer, Michael Kump, said: "Every individual and family member in California is guaranteed by law the right to privacy in their home. No drones, helicopters or telephoto lenses can take away that right.” It marks the latest example of the Sussexes actions against what they have previously described as "invasive" tabloid media.

This article was originally published on July 24, 2020