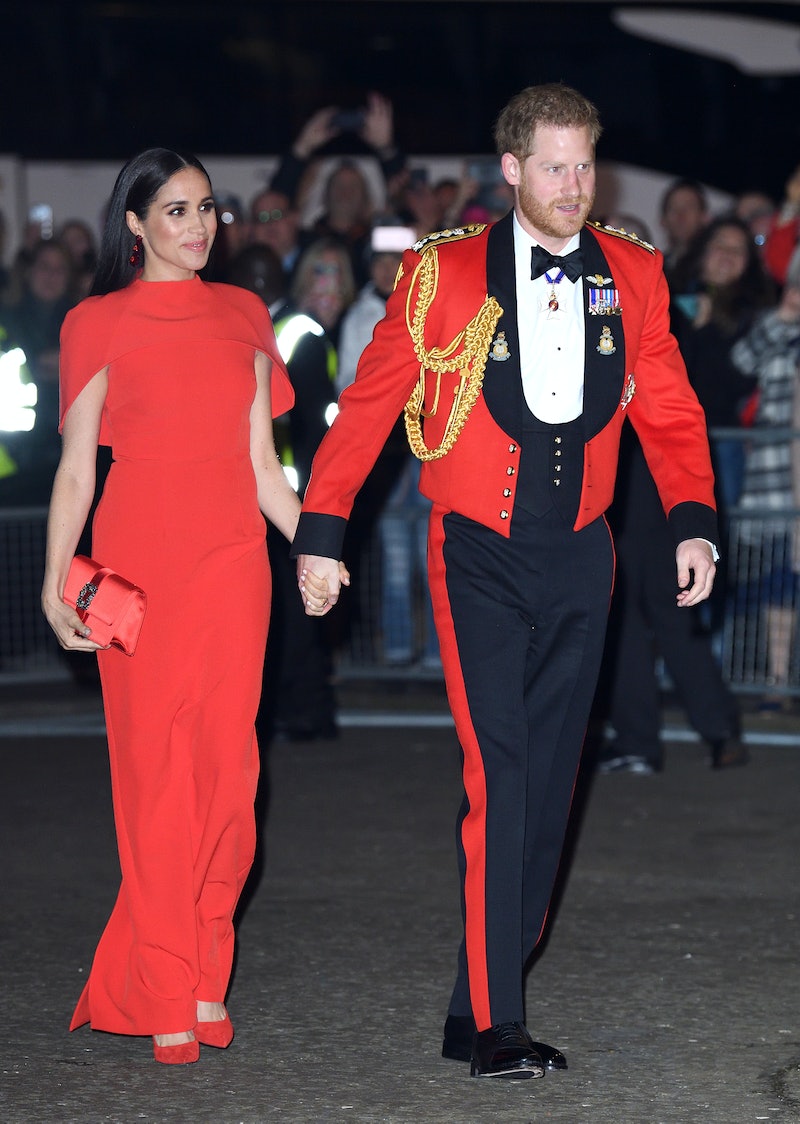 Harry, Duke of Sussex and Meghan, Duchess of Sussex have been named as two of TIME magazine’s most influential people in the world for 2021. The couple will appear on one of several covers of the publication’s upcoming issue and were reportedly photographed at their home in Santa Barbara, U.S by photographer Pari Dukovic.

The article accompanying the cover praised the couple for their “compassion” in a world where "everyone has an opinion about people they don’t know". The pair were profiled for TIME by chef José Andrés who founded World Central Kitchen (WCK), a charity which provides meals for people affected by natural disasters. Harry and Meghan’s foundation Archewell has worked with WCK to create community relief centres in areas of the world that are particularly affected by natural disasters.

As well as praising the couple collectively, Andrés notes the individual characteristics he believes make Harry & Meghan so influential. He recalls the footage of Prince Harry during his time serving in the army in Afghanistan. Noting how the Prince cut short a press interview and “in one swift motion, stands up, rips off his microphone and runs toward the action.” Of Meghan, he noted: “That same sense of urgency drives Meghan, now the Duchess of Sussex, who has long been an active humanitarian and a powerful advocate for women and girls around the world.”

Andrés also provides some insight into the kind of work the couple have been doing since they stepped back as senior royals in 2020. “Hand in hand with nonprofit partners, they take risks to help communities in need—offering mental-health support to Black women and girls in the U.S., and feeding those affected by natural disasters in India and the Caribbean,” he wrote.

As well a their own nomination, the Duke and Duchess of Sussex also profiled director general of the World Trade Organisation Dr. Ngozi Okonjo-Iweala for the TIME 100 list. In a post on the Archewell website the couple wrote: “Prince Harry and Meghan, The Duke and Duchess of Sussex, are not only humbled to be part of this year’s TIME 100 through the words of friend and partner José Andres, but to also write in praise of Dr. Ngozi Okonjo-Iweala for the publication’s annual list of Most Influential People.”

They went on to remark on the historic nature of Dr. Okonjo-Iweala’s appointment as the first woman and the first African in the role, noting her “trailblazing leadership.” In their TIME profile they also praise Dr. Okonjo-Iweala’ for showing “us that to end the pandemic, we must work together to equip every nation with equitable vaccine access.”

Other entries to the TIME 100 list for 2021 include Billie Eilish profiled by Megan Thee Stallion, Britney Spears profiled by Paris Hilton, Simone Biles profiled by Serena Williams, and Bridgerton creator Shonda Rimes profiled by the voice of Lady Whistledown herself — Julie Andrews.

In their TIME profile they also TIME magazine compiles an annual ranking of individuals who are distinguished in a variety of fields. Previous entries have included celebrities, activists, writers, politicians, artists, and scientists.