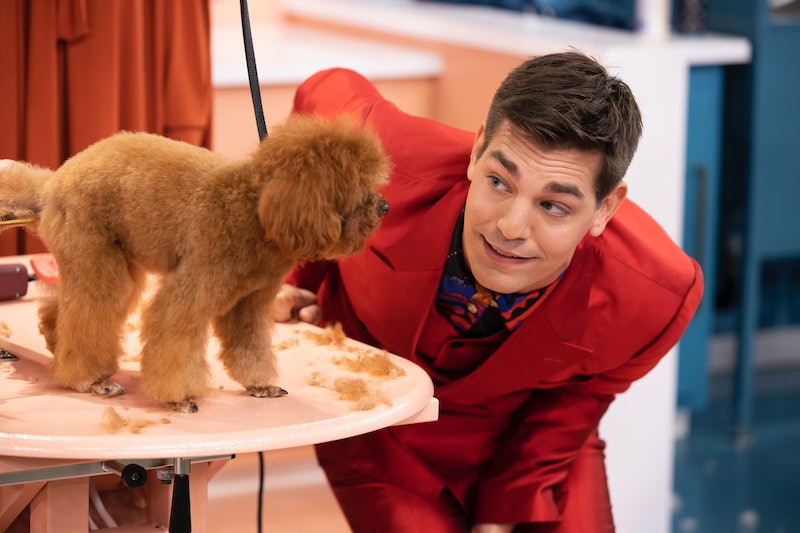 Several years in the entertainment business are starting to pay off for Haute Dog host Matt Rogers. Not only is he hosting the new HBO Max series, he also recently hosted the Quibi series Gayme Show and appeared in episodes of two major TV shows: Awkwafina Is Nora from Queens and Aidy Bryant's Hulu show Shrill.

Outside of the TV world, Rogers co-hosts the podcast Las Culturistas with Saturday Night Live star Bowen Yang. He's also been on the comedy circuit for years, winning Comedy Central's Comics To Watch in 2016. Last year, he did a Christmas-themed musical comedy tour of his "album" Have You Heard of Christmas?

On Instagram, Rogers primarily promotes his various projects, though he occasionally posts about his personal life, too. He has a super cute dog, which probably helped him land his Haute Dog gig. And he's been seeing his partner Jared for over a year. He revealed how they met in the caption of one of his Instagram photos:

"Only known photo of the Betty Who concert I went to a year ago with my friend @jaredfrieder. 45 minutes after this we TOTALLY HOOKED UP (sorry, conservatives) and we were #morethanfriends ever since. He is the sweetest and (he may not know it but) funniest person with the biggest heart and ultimately I have to say going that concert was huge (Betty slayed, etc.)"

All of Rogers' skills will come in handy on Haute Dog. While professional dog groomers compete for a $10,000 prize, his only task is to make you laugh.