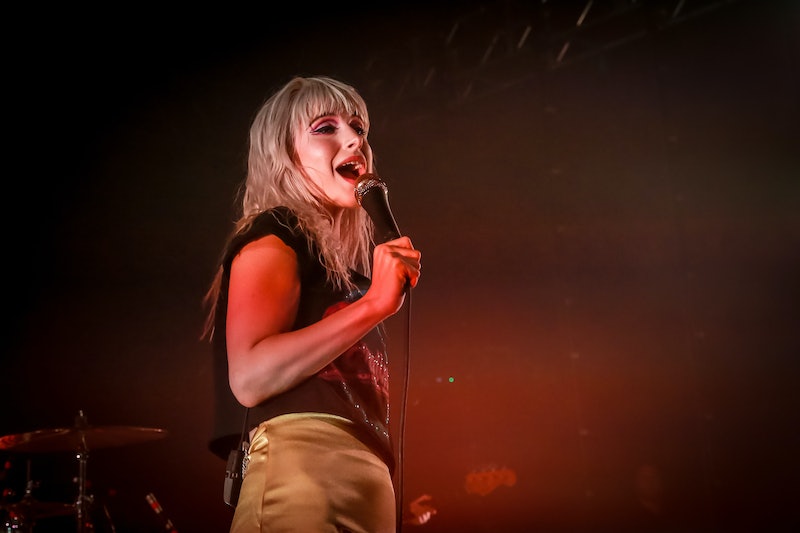 Paramore's "Misery Business" remains one of the defining song of the 2000's emo punk-pop era, even with its admittedly problematic lyrics. Now, over a decade after its release, the source of those lyrics has come to light. Hayley Williams revealed who Paramore's "Misery Business" was written about, and the song's subject is closer to home than most fans might have thought.

"Misery Business," it turns out, was inspired by an unrequited crush on her former bandmate Josh Farro, back when they were both young teenagers. "When I was 13 or 14 and I had a crush on Josh, he didn’t like me back," she explained in an interview with Vulture. "He would go hang out with his girlfriend, who I wrote 'Misery Business' about because I was a dick." Hilariously, the only credited songwriter on "Misery Business" other than Williams is Farro himself. At least he's profiting off her envy.

The track went on to become Paramore's breakout hit, gaining a huge amount of loyal fans with its relatable tale of jealousy and revenge via a teenage heartthrob. It still remains a fan favorite to this day, albeit a controversial one, as its lyrics have been criticized for being slut-shaming and anti-feminist, specifically the line "Once a whore, you're nothing more / I'm sorry, that will never change."

Just a few years after releasing the smash hit, Williams' relationship with Farro deteriorated to the point where he and his brother Zac left the band soon after a show at London's Wembley Arena (Zac has since returned). "[Josh] asked me what monetarily I thought he was worth," Williams recalled of their backstage conversation to Vulture. "I looked at him and said, 'I’m not good with numbers. Are you kidding me? Don’t ask me that.' He was trying to figure out if he was going to take legal action against us to own the name or… but he ended up not."

She's now on better terms with Farro, but her connection to the song he inspired isn't as strong. In 2018, before performing it at a Nashville show, Williams announced that it would be the last time Paramore played "Misery Business" — at least for now. "This is a choice we made because we feel like we should," she told the crowd. "We feel like it's time to move away from it for a little while." The choice to retire the song came after Williams acknowledged several times in interviews and in a 2015 Tumblr post that the "Misery Business" lyrics were problematic.

"'Misery Business' is not a set of lyrics that I relate to as a 26-year-old woman," she wrote on Tumblr at the time. "I haven't related to it in a very long time. Those words were written when I was 17… Admittedly, from a very narrow-minded perspective." Hopefully, the song will make its grand return one day — but perhaps with a small lyrical tweak.

More like this
The Jonas Brothers' New Album Has A Very Meta Name
By Alyssa Lapid
Cruz Beckham Teased New Music With An Adorable Nod To Mom Victoria Beckham
By Stephanie Topacio Long
The Spice Girls Are Set To Reunite At King Charles III’s Coronation
By Sam Ramsden
Britney Spears Shares & Deletes Photos Of Justin Timberlake From 22 Years Ago
By Jake Viswanath
Get Even More From Bustle — Sign Up For The Newsletter
From hair trends to relationship advice, our daily newsletter has everything you need to sound like a person who’s on TikTok, even if you aren’t.