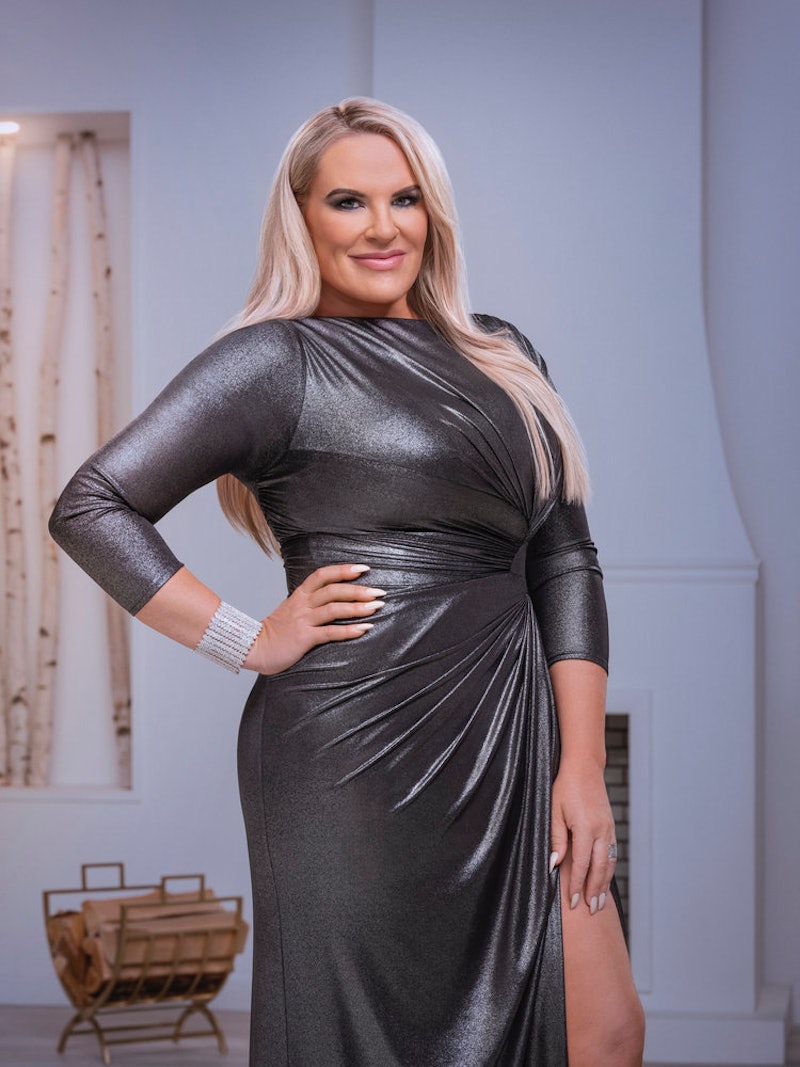 When it comes to co-parenting, Real Housewives of Salt Lake City star Heather Gay has a unique arrangement with her ex-husband, Billy. She has "100% custody" and is "100% in charge of raising" their three teen daughters — Ashley, 17, Georgia, 14, and Annabelle, 13 — while her ex completely financially supports them. "Our co-parenting is I do the work, and he pays the bills," the reality star explained to Bustle in November. "A lot of people say that is very amicable, and it works; we get along fine."

In the RHOSLC premiere, Heather said that the Gay family was "worth billions" and considered "Mormon royalty" — a phrase that her ex, Frank William "Billy" Gay III, filed to trademark in September 2020. His grandfather, Frank William Gay, worked as billionaire Howard Hughes' driver and "henchman" before moving up to top executive positions at Hughes Tool Company, Hughes Air Corporation, and the Summa Corporation. Though Heather said on the show that the Gay family "inherited a huge portion" of Hughes' estate following his 1976 death, F.W. Gay’s 2007 obituary stated that his money came from "running Hughes’ many business ventures, not from the Hughes estate."

Heather, who's currently single, has admitted on the Bravo series that her husband of 11 years was more of an amicable partner than a romantic one, she was nonetheless devastated by their 2015 divorce. (She told Bravo's Daily Dish that she and her "devout Mormon" ex separated four years prior to their official split.) He hasn't exactly been thrilled about her becoming a Housewife, either. During a November appearance on Watch What Happens Live with Andy Cohen, Heather said that her ex has been "supportive in his own way," but that being on a reality show "isn't how he wants the mother of his children to conduct herself."

Her past relationship always drew Heather to Real Housewives of New York's Sonja Morgan, and she particularly identified with her "You don't touch the f*cking Morgan letters" Season 11 moment. "I feel that sense of loss," Heather added to Bustle. "I feel her deeply, and I know people have told her just to get over her divorce and just move on. But, nope, life doesn't always work that way. It's easier to say it than it is to do it."