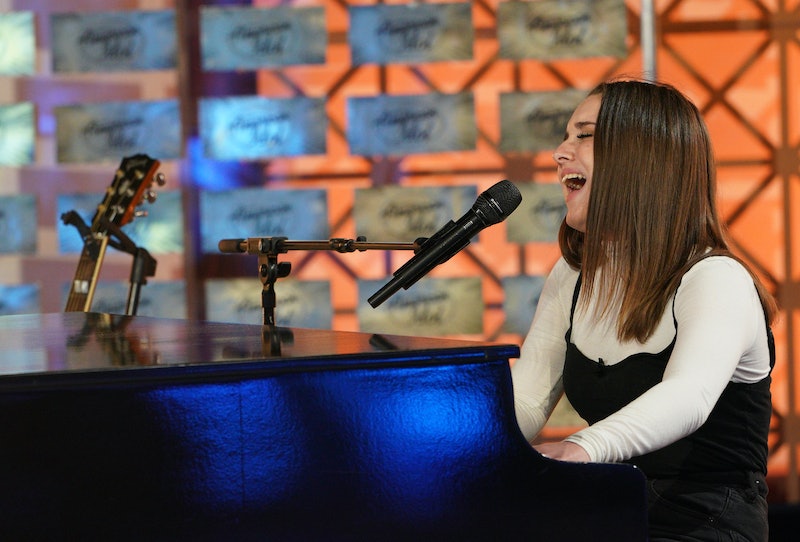 Years before auditioning for American Idol, Heather Russell got a record deal. She began posting original songs on YouTube when she was 8 years old, and when she was 10, one of them caught the attention of famed record exec Simon Cowell. So he invited her to London to perform and signed her on the spot.

Around the same time, Russell also worked with Lady Gaga's mentor Rob Fusari, who shared the viral video for her song "Every Step of The Way" that now has nearly 1.3 million views. Because Russell is from Toronto and was discovered online, many hailed her as the next Justin Bieber. She obviously didn't experience the same skyrocket to fame, but she has released multiple records and continues to grow as an artist.

Read on for more about Russell — who is now 21 — ahead of her March 7 Idol audition.

Russell's contract with Cowell's Syco Entertainment label only lasted a few years, and after moving to Los Angeles, she released her first EP Phases under new management. A single from the EP, "Got This Feeling," was featured on a 2016 episode of Pretty Little Liars.

In retrospect, Russell told Medium that she doesn't love Phases, but felt forced into a Disney-esque box by the adults around her. "I don’t think they understand the music direction I wanted to go in," she said. "So the whole little EP that I released, I didn’t really like it to be honest."

Afterward, Russell moved back to Canada and signed with Gladiator Records, who put out her first full-length album, My Metropolis, in 2018. "With Gladiator I have 100% artistic say and I think thats why you see such a huge difference between the music then and now because it is a whole representation of who I am," Russell explained to Medium. Her later music is definitely more edgy and raw than her earlier releases, and most of it leans into R&B and pop sounds — think Ariana Grande or Alicia Keys.

Russell's YouTube channel has changed immensely since she uploaded the grainy clips that got her discovered. It now houses her music videos, behind-the-scenes footage, Q&As, tour vlogs and one cooking video that shows off her freestyle rap skills. That being said, she hasn’t shared a new video in nearly a year.

Since releasing her 2018 album, Heather has continued working quietly on music from her hometown. She released a Christmas single in 2019 and has been on and off of social media over the last year. She did check in to tell her followers about Idol before it premiered on Feb. 14, though. "So umm... I’VE BEEN MEANING TO TELL YALL ABOUT THIS!" she captioned the post. "Check in every week and maybe you’ll see meee."

This could be her (second?) big break.

More like this
Yes, That's Christina From 'The Bachelor' In Taylor Swift's "Fifteen" Music Video
By Brad Witter
'RHOSLC’s Heather & Whitney Are Still On A “Friendship Break” After Season 3 Reunion
By Jake Viswanath
We Finally Have Some Answers To How Heather Gay Got A Black Eye On 'RHOSLC'
By Samantha Rollins
Everything To Know About 'The Real Housewives Ultimate Girls Trip' Season 4
By Jake Viswanath
Get Even More From Bustle — Sign Up For The Newsletter
From hair trends to relationship advice, our daily newsletter has everything you need to sound like a person who’s on TikTok, even if you aren’t.