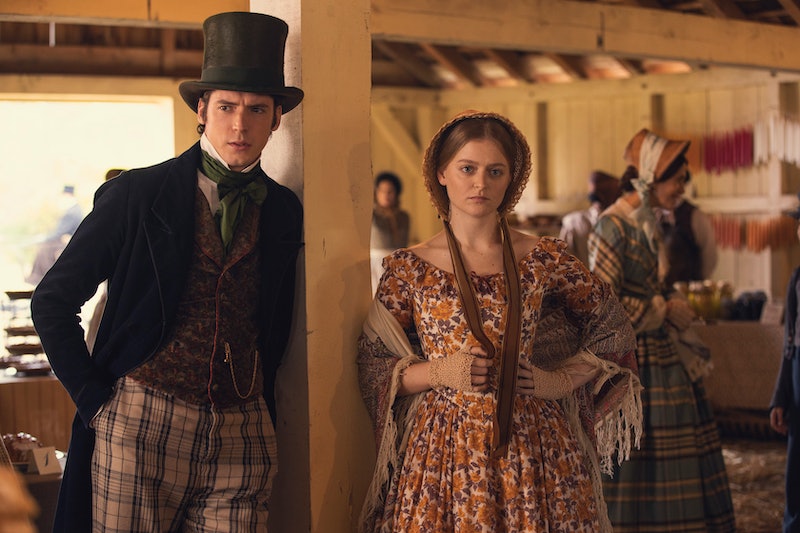 Season 1 of Dickinson walked a fine line between fact and fiction, so it's valid to wonder if the new Season 2 characters — including Henry "Ship" Shipley — are based on real people. And while according to Dickinson creator Alena Smith Ship isn't based on a specific person, he is inspired by a certain red cap-wearing persona.

Ship isn't the most lovable of character. He's an Amherst College dropout who boards with the Dickinsons and tries to wed Emily's sister, Lavinia. Meanwhile, she's busy wrestling with her role as a woman in the 1800s. In an interview with Decider, Ship's portrayer Pico Alexander (Home Again, Catch-22) called him "a bit of a dumb dumb," and in the same interview, Smith revealed that he's based on the “MAGA guys online who listen to Jordan Peterson and are like, ‘Well actually, there are biological differences between…'” You get the gist.

In a Season 2 clip, Ship lives up to that archetype, promising Lavinia that he's no longer "the college dropout who got drunk and tobogganed into a lake" the night they hooked up and that he's become an entrepreneurial man with a "profound respect for women who embody traditional values such as submissiveness, chastity, and a willingness to do household chores." He also tells Lavinia that he wants to marry her because of her "pure, simple, quiet, traditional" nature — a description she hopes to break free from by following in Emily's footsteps.

In short, he's the kind of privileged white guy who thinks he can get away with anything – and what's more realistic than that?