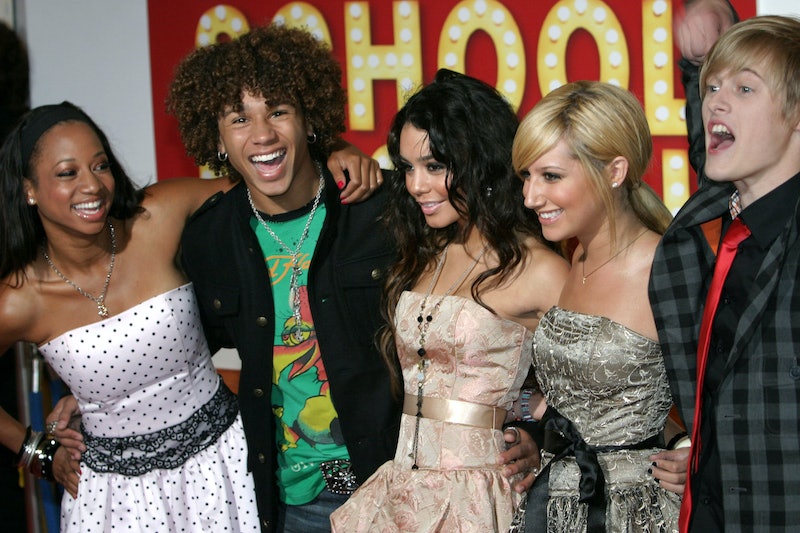 Let’s be real: No one thought High School Musical lovebirds Chad Danforth and Taylor McKessie, would make it through college, but if the 10-year-old stan inside you had faith, this one’s for you. HSM stars Corbin Bleu and Monique Coleman are reuniting in a Lifetime Christmas movie titled A Christmas Dance Reunion. Who knew we’d get our first holiday present in May?

The upcoming film will mark a reunion for Bleu and Coleman. In A Christmas Dance Reunion, Coleman plays Lucy, a high-stakes lawyer who returns to her hometown to celebrate Christmas at a local hotel before it shuts down. She just happens to bump into Barrett (Bleu), her ex-boyfriend and former dance partner. They pick up right where they left off, emotionally and dance-wise, resulting in a will-they-or-won’t-they tale that you just know will end happily.

Both stars shared the news of the new movie on Instagram. “I’ve got an early Christmas present for you!” he wrote. “Coming this winter, I'll be joining the #ItsAWonderfulLifetime lineup in #AChristmasDanceReunion with @_moniquecoleman. You are going to love this!!!” For her part, Coleman said the film was a dream come true. “This has been the hardest secret to keep!!!” she wrote. “Starring in @lifetimetv Christmas has always been a dream of mine, but never in a million years did I think I'd get share the screen with one my best friends!!!”

Most of the High School Musical cast have stayed friends for longer than 15 years after the Disney Channel Original Movie premiered (well, except Zac Efron), and reunited onscreen several times, including a special 10th anniversary reunion in 2016. Most recently, at the start of the COVID-19 pandemic, Bleu and Coleman joined Vanessa Hudgens, Ashley Tisdale, Lucas Grabeel, director Kenny Ortega, and more castmates to perform “We’re All In This Together” from home for Disney’s Family Singalong in April 2020, which was introduced by Efron.

Offscreen, the friendship never stopped either. Tisdale welcomed her first child, Jupiter Iris French, in March 2021, and Hudgens has been there for her every step of the way, even sharing a selfie with Tisdale on Instagram right before the birth. “I’m just so excited to get back to L.A. to sing to her baby and her stomach,” Hudgens told Entertainment Tonight in November. “I am just over the moon for her and Chris. They are just gonna make such incredible parents. I cannot believe it still, but I'm very emotional and very excited about it.”

They’re truly all in this together.