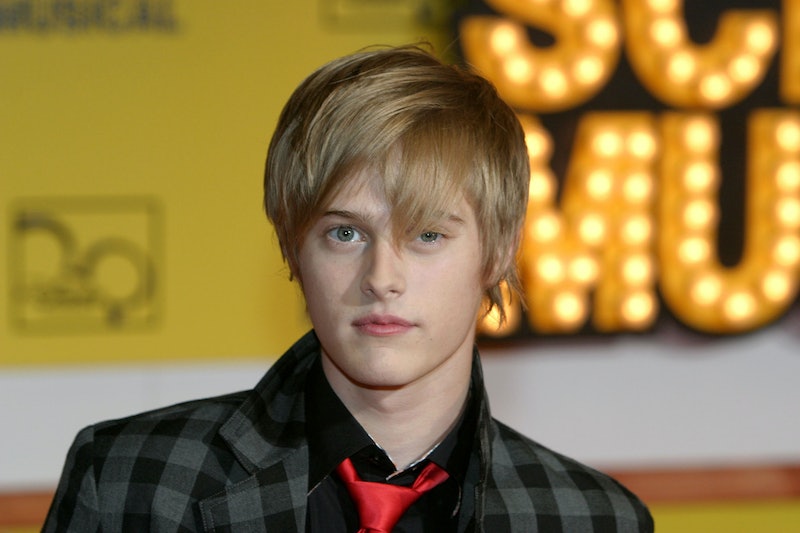 Everybody loves a good reboot, but there’s one HSM star who wants the franchise to be the start of something new. On Sunday, High School Musical star Lucas Grabeel said he wouldn't play Ryan Evans if the film were made today, noting that it would be taking an opportunity away from gay actors. Last week, director Kenny Ortega confirmed Ryan was gay in the Disney Channel films, but the creators didn’t feel the production company would be responsive to the character confirming his sexuality in the script. Instead, Ortega said, he thought Ryan would “come out in college.”

Grabeel confirmed that if the High School Musical films were produced now, he might not take the role, telling TMZ in an interview, “I don’t know if I would play Ryan.” He noted while he “would love to” revisit the role, the “last thing that I want to do is take something away, take an opportunity away from other people.” The Switched at Birth actor emphasized his desire to make casting more equitable. “As straight white man, I know that even without trying I’ve taken opportunities away from people,” he said. “There are so many amazingly talented gay actors that could do it as well.”

Grabeel played Ryan, brother of Sharpay Evans (Ashley Tisdale), in three High School Musical movies, alongside Disney stars Vanessa Hudgens and Zac Efron. And while fans had always thought Ryan was gay, it was never actually confirmed on screen. In June, Ortega confirmed Ryan’s sexuality in an interview with Variety, but admitted he didn’t put it into the script because, “Disney might not be ready to cross that line and move into that territory yet.” Even so, the director wanted young LGBTQ viewers to identify with the character. He said he hoped that “they would see it, they would feel it, they would know it and they would identify with it. And that is what happened.”

During his interview, Grabeel revealed that he approached Ortega about Ryan’s sexuality on set. As the actor tells it, the director replied that he was,“not sure if Disney is ready” for an openly gay character, but that he would “absolutely agree that he is gay.” The actor added that he agreed with Ortega's assessment that, even though Ryan was not out, young people felt represented by the character.

Looking back at the road not taken, Grabeel encouraged Disney to take more risks in the future. Noting that production companies like Disney “create so much great programming for the developing minds of our future country,” he urged them to take responsibility for “educating everyone at the youngest age possible.” He added, “We in the film industry have a duty and have a responsibility to educate as well as entertain.”