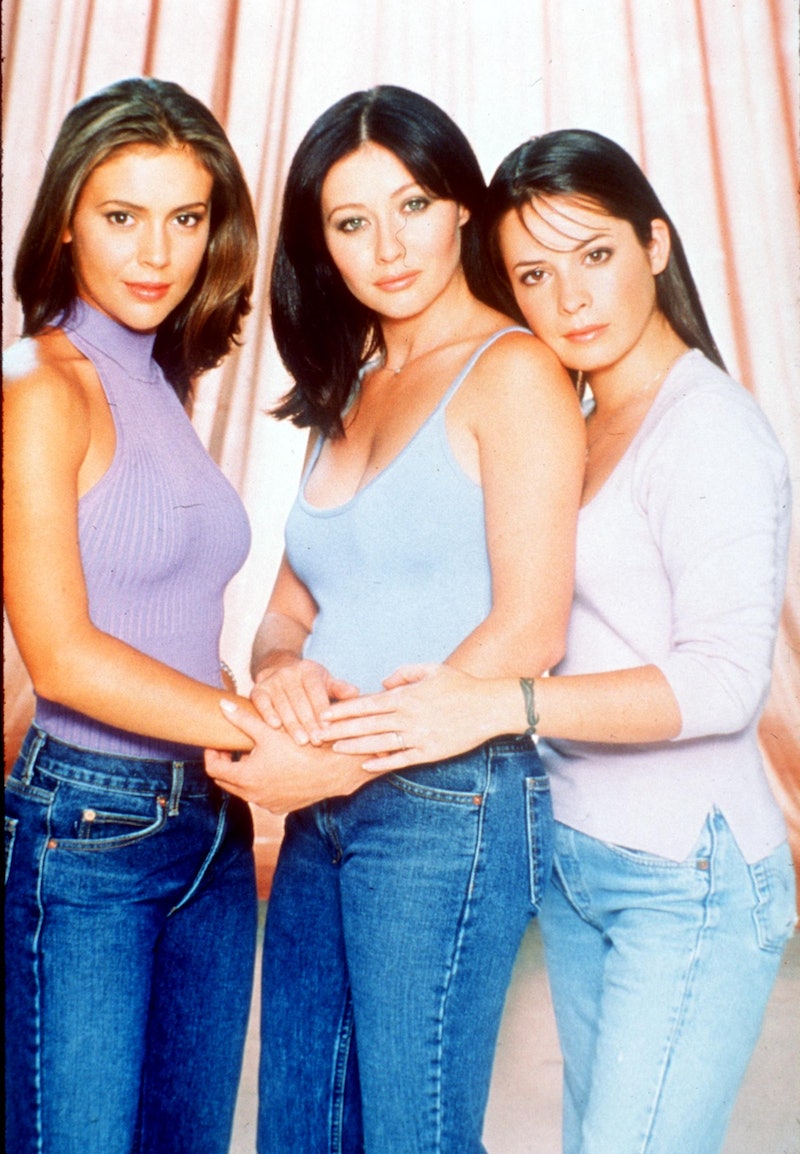 A podcast about the Power of Three could happen. Holly Marie Combs recently shared that a Charmed podcast isn't out of the question. The star who played Piper Halliwell in The WB series for eight years said she's giving a Charmed podcast some thought. Combs even revealed she spoke to her former co-star and fellow Halliwell sister Shannen Doherty about the possibility.

"I can’t believe how many kids have asked for that and I call them kids, but they’re like, 30, but because I'm so old that they are kids still," she told Us Weekly in an interview published on Aug. 22. "I actually did talk to Shannen about it and she was like, 'Alyssa [Milano] would probably love to do that with you!' Maybe after the election, it would be good."

Seeing as Combs already has one successful podcast about Pretty Little Liars, she's definitely the right person to pursue a podcast about Piper, Paige (Rose McGowan), Phoebe (Milano), and Prue (Doherty) Halliwell. Her current PLL podcast is appropriately titled "Pretty Little Wine Moms," and features her former costars, Lesley Fera and Nia Peeples. They rewatch episodes, chat with other actors from the show, and even have Zoom calls with fans.

A similar format for Charmed might work as well, or she could come up with a completely new format. Whatever the case, Combs isn't ruling out the future potential project. Plus, when Drew Fuller, who played Piper's son on Charmed, jokes that Combs won't let him be a "wine mom," a Charmed podcast sounds like the next best decision since Fuller could very much contribute.

Even with all of the recent "family drama" between McGowan and Milano, Combs continues to act like big sister Piper, proving she's destined to keep the legacy of Charmed alive. For those unaware, after much heated back and forth between the two on Twitter beginning Aug. 21, McGowan alleged that Milano "made that set toxic AF." Milano didn't respond to McGowan's Charmed claims directly, but a rep for the star told People, "Hurt people hurt people. Commenting any further doesn’t align with my wellness plan."

As for Combs, she tweeted on Aug. 22, "I mean was there ever an episode where we all got along? No. No one would’ve watched that show. It’s ok. Call your siblings, parents and grandparents. Breathe deep thankfully. Life is short and just got shorter for many. That’s what Piper would’ve said. As she blew something up."

Doherty also tweeted directly to the Charmed fans, "I just want to say.... thank you Charmed fans. No matter what’s happening just know you are appreciated and loved."