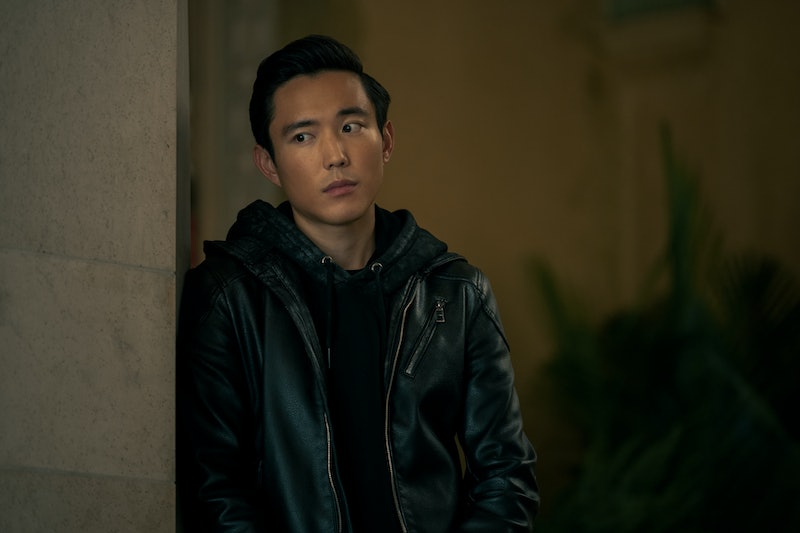 Among the many questions left unresolved in the Season 1 finale of The Umbrella Academy is what happened to Ben (aka Number Six), who died mysteriously at some point in the Hargreeves' childhood. It's something the comics the show is based on haven't even explained yet, though there are a few vague clues. For example, Allison implies in the comics that Luther is partially responsible for how Ben died, suggesting that he and their adoptive father Sir Reginald Hargreeves pushed Ben too hard. But he may not be the only one to blame.

“I think that [all of the Hargeeves] maybe have some involvement in his death,” Gerard Way, who created the Umbrella Academy comics, told IGN in 2019. That could explain why none of the siblings seem willing to talk about Ben's death.

In any case, we likely won't get a clear resolution anytime soon. "That’s beyond a spoiler because it has to do with the comic too and it hasn’t been revealed in the comic," Way continued, while showrunner Steve Blackman added, "I don’t even know what happened to Ben!"

When Ben appears to Klaus, he doesn’t have any discernible injuries or markings like so many of the other ghostly figures Klaus can see, but it's possible his powers played a role in his death. As shown intermittently throughout the Netflix series, Ben is able to summon and control eldritch creatures that use his body as a portal, thereby allowing him to unleash their terrors on his enemies. It's a dangerous power to have, and if used improperly or too often, it’s easy to see how things could backfire.

Some viewers have also theorized that Ben died by suicide, largely because the inscription featured on his memorial statue reads, "May the darkness within you find peace in light." But ultimately, it seems like Way is intent on keeping Ben's fate a secret until the right time comes.