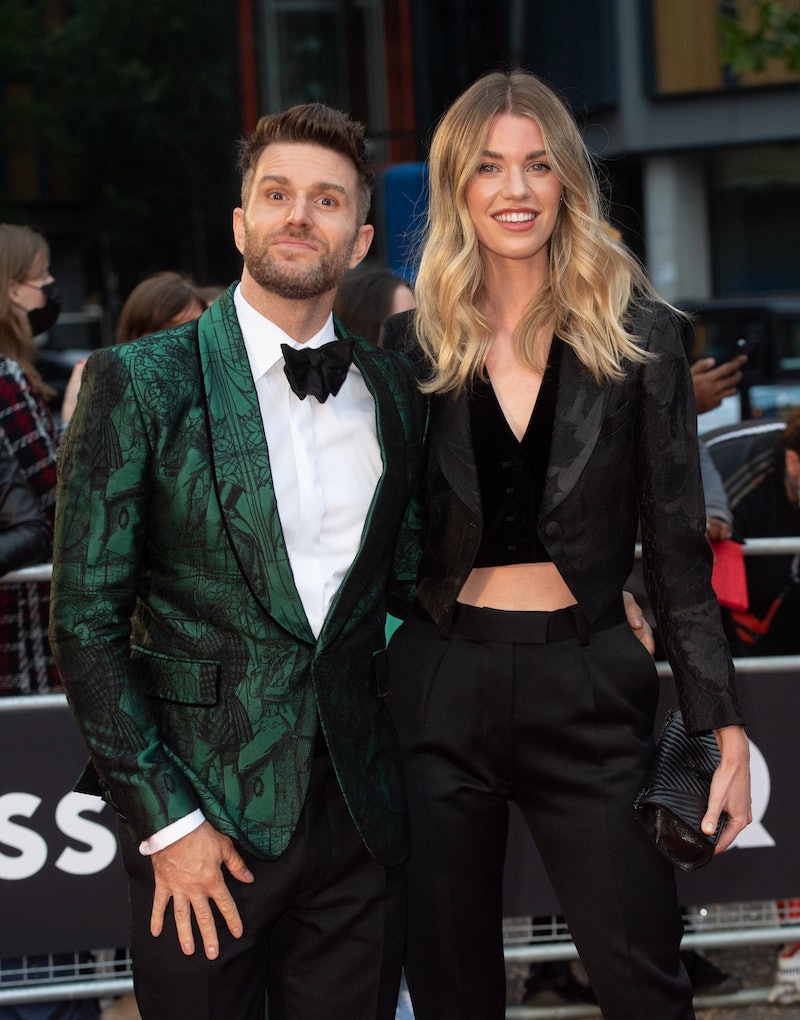 Comedian and presenter Joel Dommett is best known for his sting on I’m A Celebrity Get Me Out of Here and as host of The Masked Singer UK. But what is there to know about the funnyman’s life away from the camera? A quick look at his Instagram will tell you he’s all loved up with wife Hannah Cooper – but how did the pair meet?

As it turns out, the couple’s digital-age love story is actually pretty adorable. According to The Sun, Dommett first met his wife after the Holland-born model drunkenly messaged him on Instagram with a cat emoji back in 2016, shortly after his appearance on I’m A Celebrity. The pair eventually began dating and were first spotted together in May 2017.

As The Mirror reports, Dommett and Cooper later referenced the story of how they met on Instagram, posing underneath a neon sign that read, “You had me at emoji.”

Three years after their sweet social media interaction, in 2019, the couple tied the knot in Mykonos, Greece, and the paired were married by Love Island narrator and close friend Iain Stirling.

Reflecting on the pair’s first year of marriage with The Sun in early 2021, the TV presenter said he feels “very lucky” and revealed the nicknames they have for one another. “A lot of people call their wives 'babe' or 'chick'. I go for Sexy Sexpot of Sex. But her nickname for me is just Joel. That’s as far as it goes.”

As for having children, Dommett previously revealed to OK! that he and Cooper were in no rush to have a baby. “I think we’re just going to chill for a couple of years and see what happens,” he told the publication.

Fans of the TV host can catch Dommett on Channel 4’s brand new dating show The Love Trap. The series stars Too Hot to Handle’s David Birtwistle, who is on the lookout for love in a mansion full of single women vying for his attention. The twist, however, is that only half the women are genuinely looking for love, while the others are currently already in relationships and hope to win the big cash prize. Oh, and there’s a trap door involved...

More like this
Joey Essex Is Rumoured To Be Dating A 'Love Island' Favourite
By Sam Ramsden
'Love Island' Has Added Yet Another Bombshell To The Villa
By Bustle UK
Twitter Has Renamed Ekin-Su After *That* 'Dancing On Ice' Performance
By Sophie McEvoy
Turns Out George Clooney Is A Huge Fan Of This Classic British Game Show
By El Hunt
Get The Very Best Of Bustle/UK
Sign up for Bustle UK's twice-weekly newsletter, featuring the latest must-watch TV, moving personal stories, and expert advice on the hottest viral buys.