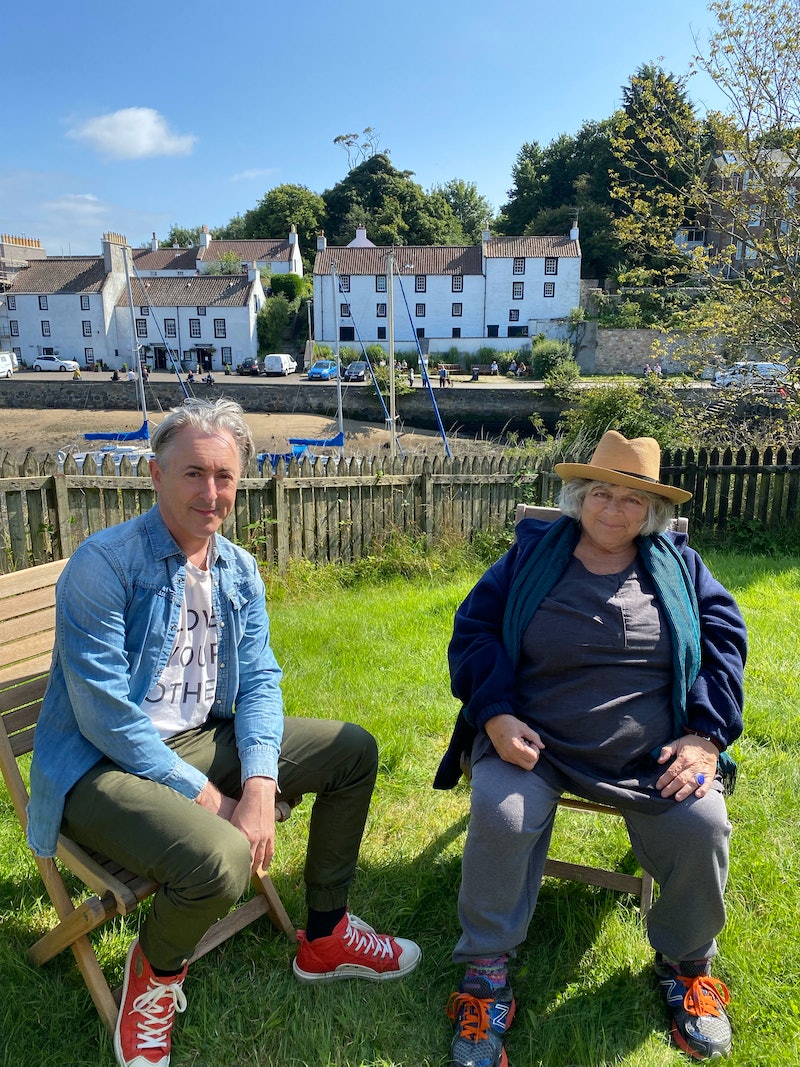 He continued: “We’re sort of like showbiz friends who meet over the years at various things and can’t quite place it. I shot that film in 1991 so it’s been a long time ago!”

However, the pair can pinpoint the exact moment the idea for Lost In Scotland was born. Margolyes revealed that it came to her during an appearance on The Graham Norton Show. The pair shared the sofa that night with Daniel Radcliffe, Sharon Horgan, and Craig David. They had undeniably chaotic chemistry and Cumming said, “I’d been talking to Blink Films (the production company behind the series) about doing something about Scotland. They suggested perhaps I did it with someone else, so I suggested Miriam as I thought we’d make a good oddball couple! And then they had the idea of the van and it all went from there.”

In the series, the pair visit Cumming’s mum and family home where he speaks openly about his childhood growing up with an abusive father. Margolyes also sees the neighbourhood where her grandparents settled after they left Belarus to escape persecution. It was the place that her father grew up. They also tick eating Haggis, meeting Gaelic singers, and scaling Glencoe off their Scottish bucket list.

Travelling with a friend can be a little tense at times but Margolyes revealed that they enjoyed in so much they’d happily do it again. “I felt like I was on holiday with a glorious companion. It was delightful and I would do it again in a shot,” she said. “We could go anywhere you’d like. Let’s go somewhere we don’t know – let’s go to Tallinn or somewhere like Kentucky.”

More like this
Vanessa Bauer Is Reportedly Dating Her 'Dancing On Ice' Partner
By Darshita Goyal
'Love Island' Has Added Yet Another Bombshell To The Villa
By Bustle UK
Molly-Mae & Tommy Fury Revealed Their Baby Girl's "Really Unusual" Name
By Sophie McEvoy and Sam Ramsden
Spencer Matthews’ Impressive Net Worth Expands Far Beyond Chelsea
By Sam Ramsden
Get The Very Best Of Bustle/UK
Sign up for Bustle UK's twice-weekly newsletter, featuring the latest must-watch TV, moving personal stories, and expert advice on the hottest viral buys.