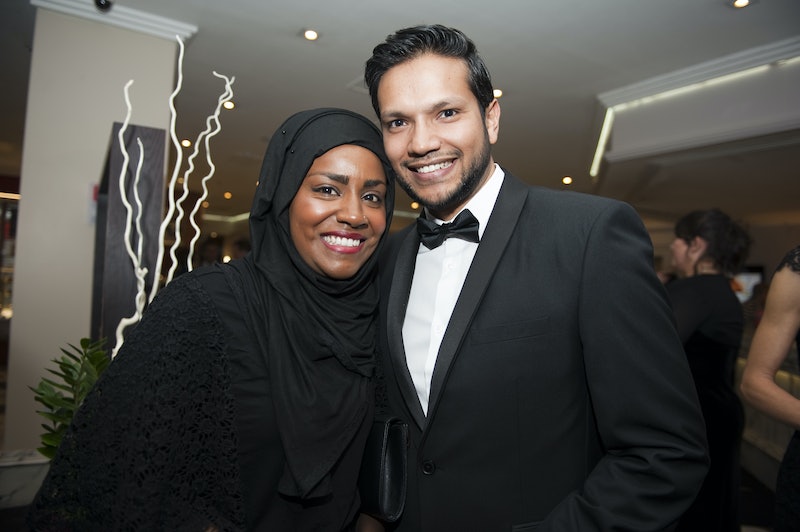 Nadiya Hussain won our hearts when she prevailed as the winner of The Great British Bake off in 2015. Ever since, she has continued to thrive in the public eye, with various books and TV shows under her belt. Now, the baking extraordinaire is set to explore some of her favourite recipes in the BBC’s Nadiya Bakes. So what is the new series all about? Let's check out what we can expect from the show, and get to know Hussain and her super cute family a little more. Let's start with this: how did Nadiya Hussain meet her husband?

As Good Housekeeping reports, Nadiya met her husband Abdal Hussain through an arranged marriage. She was 19 years old at the time, and had only met Abdal once. While the pair are totally loved up now, and have three children together, Hussain has spoken out in the past about how hard it was to marry somebody she didn't really know.

"I had an arranged marriage, and learnt you have to persevere and remember we are all human and all have faults," she told Good Housekeeping in 2017. "It’s tough," she continued. "You are pretty much marrying a complete stranger."

The baking star also revealed that she then fell in love with her husband after having children: "Love is strange... it creeps up on you and then smacks you in the face. I didn't know my husband, and then we had two children, and then I fell in love with him." The couple, who now have two sons and a daughter, appear to be fully dedicated to one another, and in December 2018, tied the knot for a second time — this time on their own terms, the BBC reports.

The Bake Off winner’s latest venture can be enjoyed in the BBC’s Nadiya Bakes, during which Hussain will travel across the UK and celebrate the joy of sharing her most cherished family and home-cooking recipes.

Discussing the new series, Hussain commented: “Nothing makes me happier than baking. I’m so excited to share new recipes and learn from other passionate bakers along the way in my newest series for BBC Two.”

This article was originally published on May 15, 2019