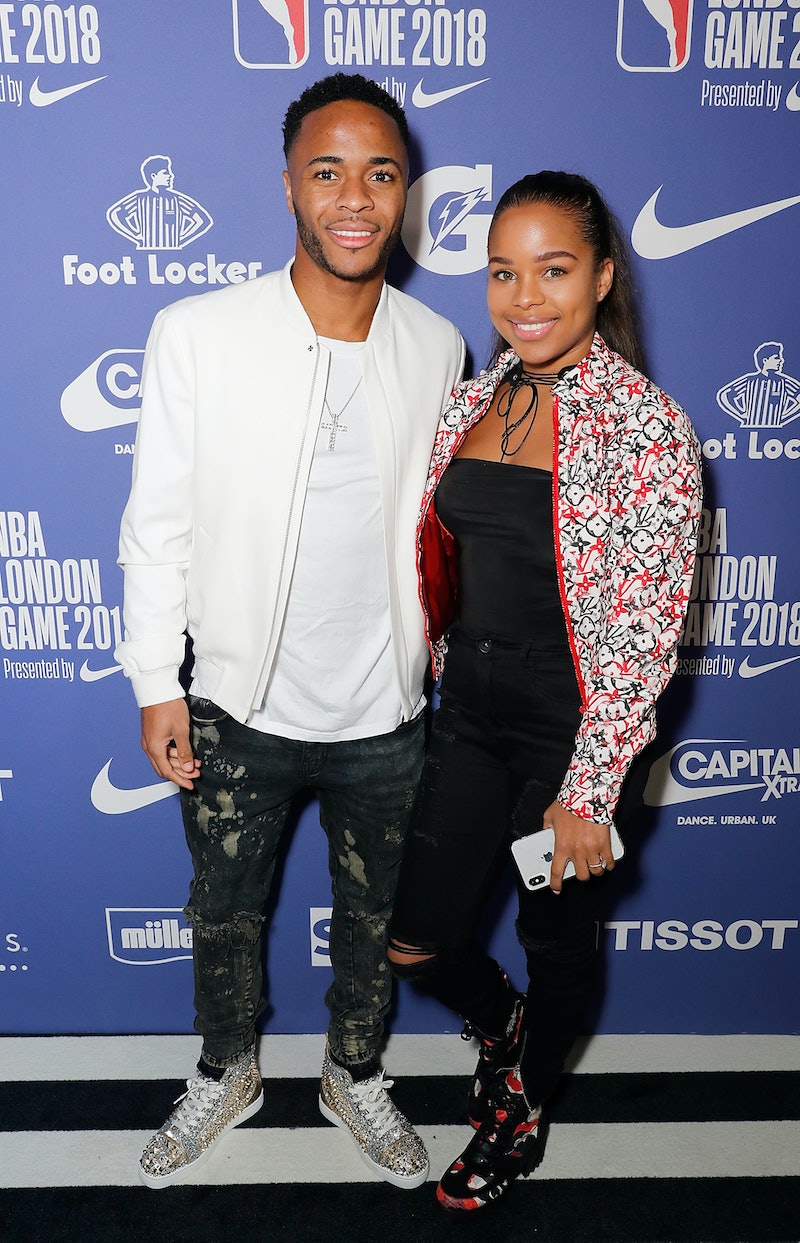 England and Chelsea’s celebrated footballer Raheem Sterling scored his first ever World Cup goal in the Lions’ 6-2 victory over Iran on Nov. 21. But he quietly bowed out of the national squad to fly home ahead of England’s Dec. 3 game against Senegal due to a “family matter.” Following the match, manager Gareth Southgate revealed that intruders had broken into Sterling’s family home back in the UK, and the footballer was concerned about his family’s well being.

Though early media reports (and Sterling’s spokesperson) claimed that the thieves were armed, and that Sterling’s family were at home when the robbery took place, Surrey Police later released a statement saying that “on Saturday December 3 the occupants returned to the address after arriving home from an international trip. They contacted police just before 9pm to report a number of items of jewellery, including watches, had been stolen.”

“We are aware of media reports stating there were armed suspects involved, however, at this time, we would reassure our communities that no witnesses have come forward to this effect and there are no reports of any threats of violence linked to this incident,” it said elsewhere.

Though it’s possible that the attacking midfielder could well return to Qatar to finish England’s stint at the World Cup, the team’s manager Southgate emphasised that he would be allowed to take all the time he needed. "Sometimes football isn't the most important thing and family should come first," he said. Captain Harry Kane also backed his teammate: "From us as a team we send him our best and hope to see him as soon as possible."

A family man, Sterling has four children and is engaged to wed Paige Milian, who he’s been with since they were teenagers. So, how did the couple meet? When Sterling was 10 years old, he signed to Queen Park Rangers (QPR), which led to him being scouted five years later by Liverpool FC, in 2010. While still playing for QPR, he met Milian, who was working at JD Sports at the time, according to The Sun.

Sterling and Milian dated for a couple of years, but are reported to have split in 2012. Following this, Sterling had another relationship and welcomed his first child, a daughter called Melody Rose. However, after he split from Melody Rose’s mother, Sterling and Milian got back together in 2015. This was the same year he signed to Manchester City, and the couple moved into a £3.5 million home in Cheshire. Following his stint at Manchester City, Sterling now plays for London club Chelsea, after signing to the team in July 2022. The couple now live at a home in Cobham, Surrey, just 15 minutes from the club’s training ground.

Raheem and Milian share sons Thiago, five, Thai-Cruz, three, and Tori-Sevyn, two. As well as being a mum, Milian is a qualified accountant, and owns her own real estate company.

The couple do plan to marry, but their wedding has reportedly been pushed back due to lockdown restrictions. "Paige is a very good influence on Raheem, gets on very well with his mum, and is a great mother," a source told The Sun, adding that the couple plan to get married either in the UK or Jamaica, where Sterling was born.

Sterling and Milian often share their family life on social media. Milian is very active on Instagram, and regularly posts pictures of Sterling and the children to her 80K+ followers. Sterling also posts pics of his family from time to time, including this adorable promotional video for H&M in 2019. Ahead of the robbery, Milian shared pictures of herself and the kids supporting Sterling in Qatar.

More like this
John Fashanu Is Making Bank From Reality TV
By Darshita Goyal
What Really Happened Between Lea Michele & Sadie Sink On 'The Tonight Show'
By El Hunt
This Pre-'Love Island' Video Of Olivia & Zara Together Changes Everything
By Bustle UK
New Details About Jeremy Renner's Snowplow Accident Reveal The Actor's Intentions
By Sam Ramsden
Get The Very Best Of Bustle/UK
Sign up for Bustle UK's twice-weekly newsletter, featuring the latest must-watch TV, moving personal stories, and expert advice on the hottest viral buys.