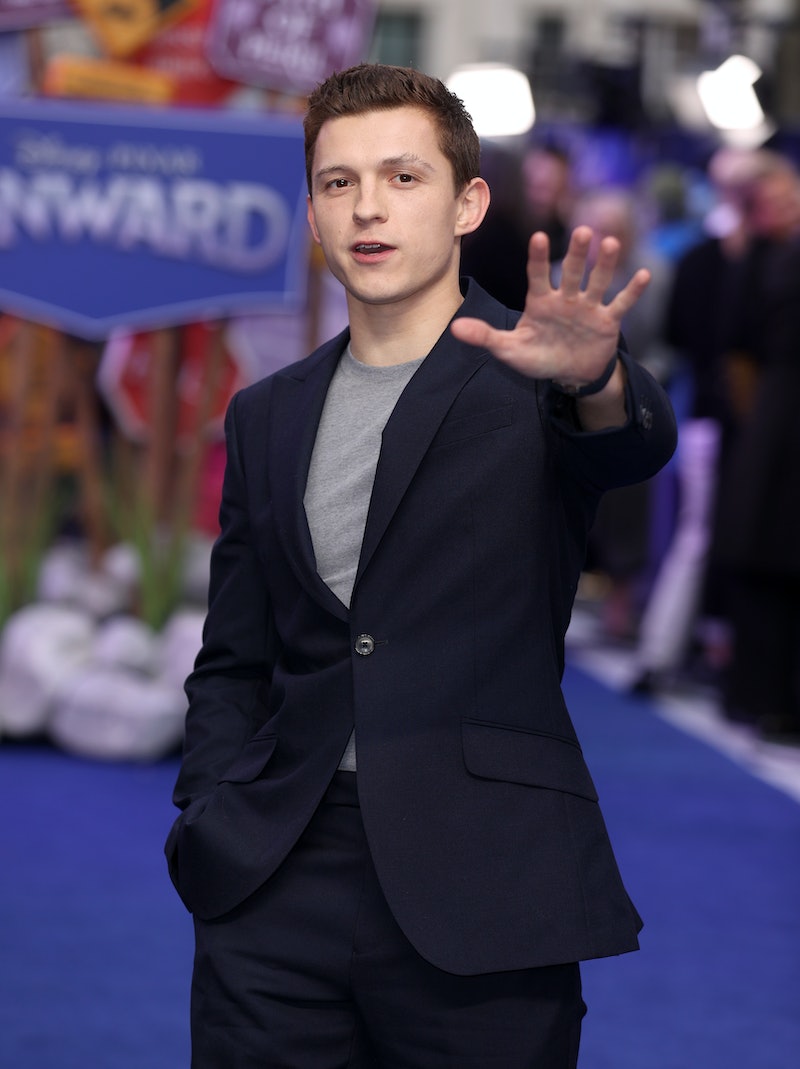 Tom Holland may have spent the last four years playing Spider-Man and appearing in some of the biggest movie blockbusters, but he’s kept his personal life a lot more low key. The Avengers actor has been hesitant to comment on his relationship status in the past, although he has said he is a “relationship person.” While he’s previously been linked to some of his co-stars, on July 27 he challenged any relationship rumours, sharing a picture of his new girlfriend on Instagram. It's even been reported that they've spent lockdown together. So, how did Tom Holland and Nadia Parkes meet?

Well, the pair have a lot in common and likely move in the same circles – Parkes is also an actress, and has appeared in Doctor Who and The Spanish Princess. She's friends with a few others in the industry too, including Game of Thrones actress Sophie Turner, who often comments on her social media posts. The Daily Mail reported that it’s “believed” that Turner and husband Joe Jonas introduced Holland and Parkes last year.

Holland started the week by shared this pretty cool Instagram post of Parkes in a face mask, in front of a seriously dramatic skyline, proving himself a worthy Insta-boyfriend. He didn’t tag her and it’s the first picture he’s shared of her on his social media.

While they now appear to be making their relationship Instagram official, it’s been reported that Parkes and Holland have been spending a lot of time together during the pandemic. In May 2020, the Daily Mail reported that Parkes had gone to stay with Holland during lockdown. A source said: “It was early days for Tom and Nadia when the lockdown was announced in London. They made the decision to isolate together, and things have been going great between them. Tom has told friends and family they're in an official relationship, and living together so soon into their romance has only made them stronger."

It may still be early days, but it seems that Parkes and Holland are a lockdown dating success story. And while they've not yet posted a selfie of them together, the picture of Parkes on Holland’s Instagram grid is possibly one of the artsiest relationship confirmations we’ve seen.