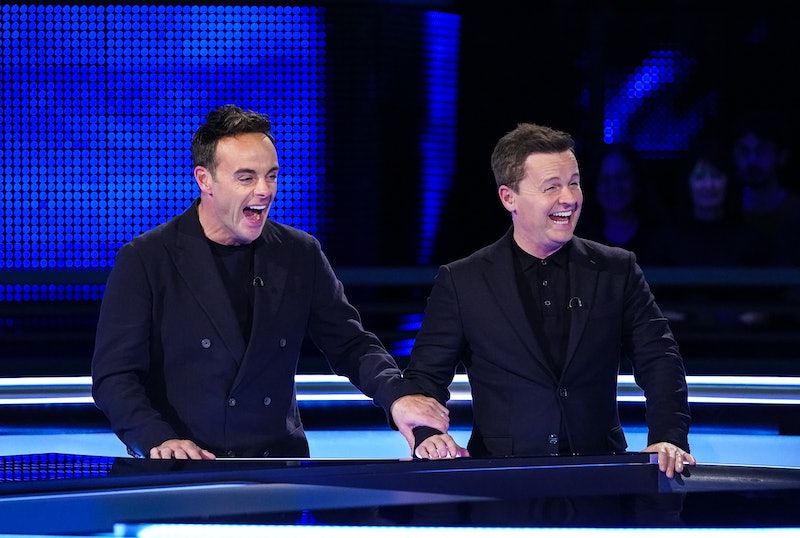 TV’s favourite presenting duo, Ant & Dec, are to host ITV’s gripping new game show Limitless Win this January. As the name suggests, the contestants have the potential to win (and lose) very, very big, as they answer questions and build up their prize pot with every correct answer — and there’s absolutely no limit to the prize fund. As the “world’s first” game show with an unlimited jackpot, it’s no surprise some are wondering how to apply to Ant & Dec’s Limitless Win.

Now, hold your horses. Before you start brushing up on your general knowledge, applications to ITV’s Limitless Win are now closed, with the deadline posted Sep. 17. The first series of Limitless Win has already been filmed, with the first episode set to air Jan. 8, and apparently, Ant & Dec have already seen “some big wins.”

Speaking to RadioTimes, co-host Declan Donnelly said: “We have had some big wins on this series, but I think when people see the show they’ll go, ‘I could do that for longer and be braver and go higher.’”

The presenter added: “... I’m actually really looking forward to recording another series once people have seen it and got into it and decided what their strategies will be.”

From the sounds of it, a second series of ITV’s Limitless Win is already on the cards. For those keen to apply, what exactly should potential contestants prepare for?

Previously, ITV had been looking for “confident, daring and fun teams-of-two” to compete in the series. As for the format, according to ITV’s synopsis, “every question is an opportunity to climb the endless money ladder and reach the big money, but only a correct answer banks the cash.”

The five-part series is expected to get particularly tense when risky contestants “push their luck too far” and “crash out of the game and lose it all.”

Apparently, Limitless Win can be as brutal to watch in the studio, as much as it is on television. As Ant McPartlin told RadioTimes, it can be “unbearable!” to watch teams crash out. “...when they risk what they’ve got in the bank on an answer, and they’re not entirely sure of the answer, it’s really hard to watch. And yes, I tried to hide under the table!”