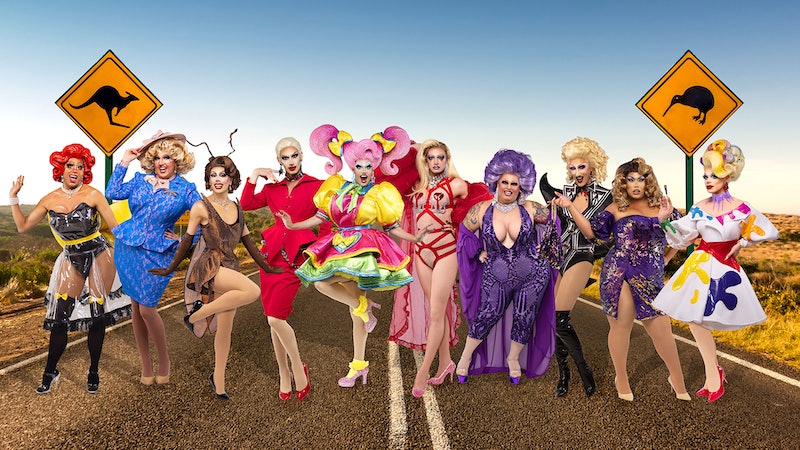 Start your engines Drag Race fans and get ready to say “g’day” to a glittering lineup of Australia and New Zealand’s finest queens. Yes, the groundbreaking reality franchise is heading Down Under for the first time ever, and with Mama Ru overseeing proceedings, ten Aussie and Kiwi queens will battle it for the coveted title of Down Under's First Drag Superstar. If you’re wondering how to follow the queens of Drag Race Down Under to discover more about the spin off’s sickening competitors, you’ve come to the right place, and below you can find all the Instagram handles for Ru’s latest batch of girls.

As mentioned, the queen of drag herself, RuPaul, will front the latest addition to the Drag Race universe. Per the BBC, Mother Ru will be joined on the panel by close-friend and longtime co-star, Michelle Visage, as well as Australian comedian Rhys Nicholson.

As for the guest star department, Drag Race Down Under certainly doesn’t disappoint, and fans can expect appearances from the likes of Oscar-winning director Taika Waititi, and – deep breaths everyone – legendary showbiz sisters Kylie and Dannii Minogue.

Here in the UK, the new eight-part series will get underway on Sunday, May 2 on BBC iPlayer but, before then, get to know the cast of Drag Race Down Under below.