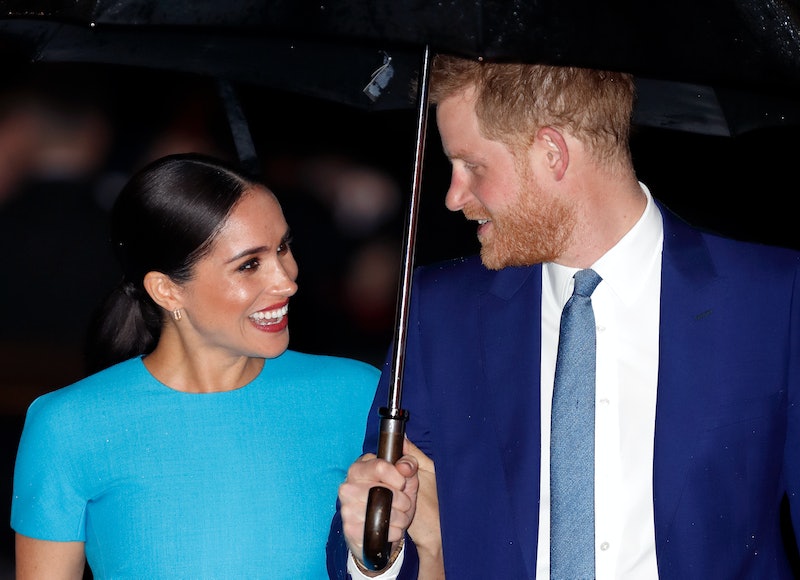 On June 4, 2021, Prince Harry and Meghan Markle welcomed their second child and first daughter as the world watched on. A press release published on the Archewell website at the time revealed that Lilibet Diana Mountbatten-Windsor was born in Santa Barbara Cottage Hospital in Santa Barbara, California, and her name has serious sentimental meaning to the Sussexes. But how do you pronounce Lilibet?

While the pronunciation of Diana is fairly straight forward, Lilibet is a more unusual name. The new royal’s name is pronounced Lily-Bet, with an “ee” sound, rather than Lileh-Bet with an “eh.” We know this because of a statement on the Archewell website, which reveals Meghan and Harry’s daughter will be known as Lili. “Lili is named after her great-grandmother, Her Majesty The Queen, whose family nickname is Lilibet,” the statement reads.

Although Lilibet is a very unusual name, iNews outlined that it has a rich history on Prince Harry’s side of the family. The publication writes that Queen Elizabeth II was called Lilibet by her grandfather, King George V. It’s also been reported that the Duke of Edinburgh used the name as a term of endearment for the Queen.

However, after the Duke of Edinburgh passed away in April 2021, it’s been reported that the Queen will no longer be known by the nickname as it wasn’t commonplace for the rest of her family to use it. Instead, they have called her Mummy, Granny, and Gan Gan.

Lilbet connects the new baby royal to her great-grandmother and means “God’s promise.” As mentioned, Meghan and Harry have revealed that they plan on shortening their new daughter’s name to Lili, a name which is believed to signify purity and innocence.

Baby Lilibet Diana’s name came as a surprise to many as the Sussexes had kept much of the pregnancy private. However, on June 6, People reported that Prince Harry liked the name Lily years ago. During Meghan’s first pregnancy in 2019, the couple visited a school in Birkenhead. They heard name suggestions for Archie from school children. During the trip, the publication writes that Harry showed an interest in the name Lily.