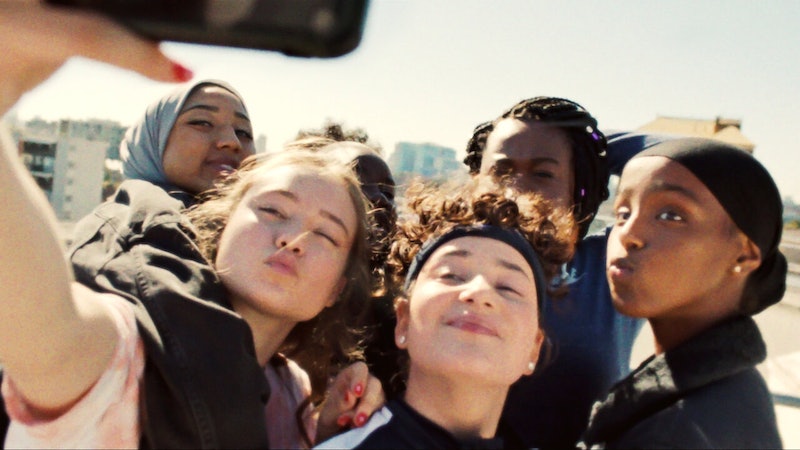 Rocks director, Sarah Gavron makes up one of four women directors who have received a nomination at the 2021 BAFTAs. It’s record-breaking shortlist for women filmmakers and one of BAFTA’s most diverse ever. Gavron’s hard-hitting coming-of-age movie has received seven nominations overall making it one of the most celebrated films at this year's awards. It tells the story of Shola, a young woman coming to terms with taking care of herself and her younger brother after her mum walked out. The Independent called it “the most authentic film about British teens in years.” You won’t want to miss this movie, so here’s how to watch Rocks in the UK.

Like so many teens Shola, AKA Rocks’ life revolves around her friends and school. She lives in London with her mum but when she comes home one day to find her gone and her younger brother needing support, her life flips on its head. She has to work out how to get through, where to find help, and how to survive. Rocks is incredibly moving and it’s available to stream on Netflix in the UK.

16-year-old actor Bukky Bakray plays Rocks. The movie marks her first foray into the world of filmmaking and as a born-and-bred east Londonder she told TimeOut, “It felt like I was home. It was so good to be telling this story in my area knowing it would be on screen. I’m really reluctant to get up to go to school now. I never really had that problem when I had to get up for 5 a.m. starts on set. That’s how I know that it’s a real passion.”

Sky reported that this year BAFTA have pushed to showcase more great UK talent. The outstanding British Film category, of which Rocks is nominated in, has been extended from a shortlist of six to ten. Speaking about the changes BAFTA chair Krishnendu Majumdar said, “This year's nominations showcase and celebrate the remarkable range of performances and nominees behind the camera from 50 films and we're delighted to recognise such high quality work. We are also delighted to see the strength of British film shine through in all categories.”

You can watch Rocks on Netflix in the UK and the BAFTA winners will be announced on April 11.