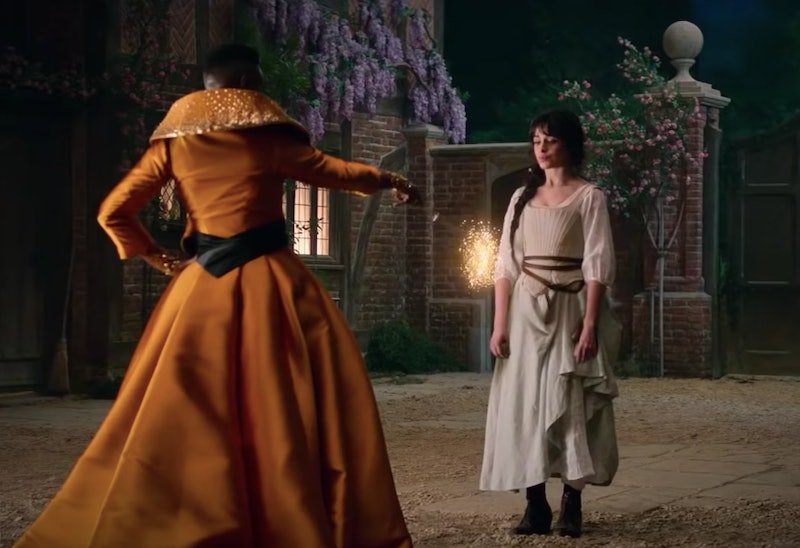 The first trailer for Amazon Prime’s remake of Disney classic Cinderella has been released. The trailer for the movie — which stars Camila Cabello in the lead role — has amped up excitement for the film, which is due to be released online very soon. Here’s everything there is to know about the movie, including how to catch Cinderella in the UK.

The 2021 live remake will follow the classic Disney plot, but with a few modern twists. For example, this time around, Cinderella is an ambitious young dressmaker who is not willing to sacrifice her career for a man. This is a focus of the film’s first trailer, which sees Cabello’s character say: “I don't want a life stuck waving from a royal box any more than a life confined to a basement.”

As well as a great new take on the classic, the 2021 version will also feature original music from Camila Cabello and co-star Idina Menzel.

The cast is perhaps one of the ‘starriest’ any Disney remake has seen. Not only do we see Cabello take on the lead role, but there’s also Idina Menzel as Cinderella’s evil stepmother, Billy Porter as her “fabulous godmother”, and Pierce Brosnan as the king.

In addition, the cast list also features Nicholas Galitzine as Prince Robert, Minnie Driver as queen Beatrice, and James Corden as one of the three mice-cum-footmen along with uK comedians James Acaster and Romesh Ranganathan.

The film has skipped a cinema release, and is instead going direct to streaming on Amazon Prime. It will be released worldwide on September 3, 2021, so mark those calendars.

A new trailer has been dropped for the upcoming movie, which shows the remake in all its glory. From stars breaking out into song to action-packed coach rides, it has everything you could hope for and more.

More like this
Yes, You Can Stream ‘To Leslie’ In The UK Now
By Sam Ramsden
Your Guide To Watching 'Everything Everywhere All At Once' In The UK
By El Hunt and Sophie McEvoy
Channing Tatum “Nearly Killed” Salma Hayek During 'Magic Mike' Lap Dance
By Sam Ramsden
Jemima Khan Used Her Own Life As Inspo For 'What’s Love Got To Do With It?'
By Darshita Goyal
Get The Very Best Of Bustle/UK
Sign up for Bustle UK's twice-weekly newsletter, featuring the latest must-watch TV, moving personal stories, and expert advice on the hottest viral buys.