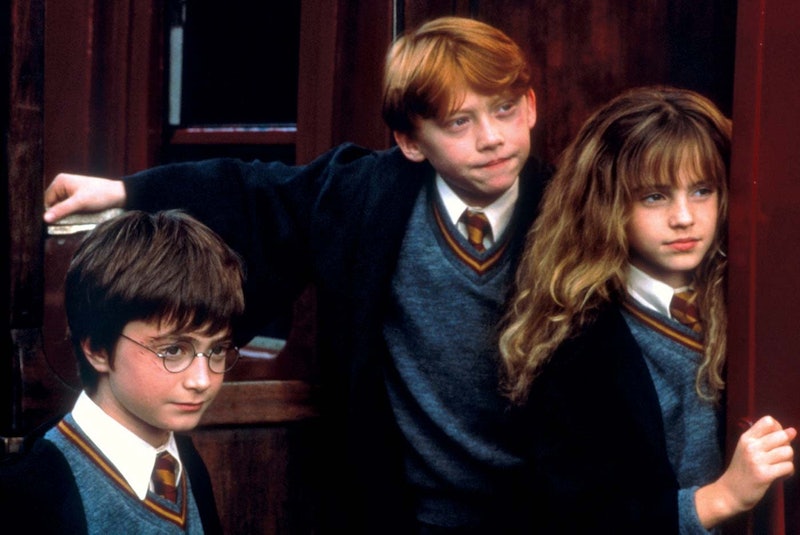 And just like magic, the cast of Harry Potter are preparing to return to Hogwarts to celebrate twenty years of the iconic film franchise. For the first time since filming, Daniel Radcliffe, Rupert Grint, Emma Watson, and the rest of the star cast will reunite for HBO Max’s Harry Potter 20th Anniversary: Return To Hogwarts.

Following in the footsteps of the recent Friends: The Reunion special, the Harry Potter reunion promises to tell “an enchanting making-of story” with in-depth interviews and cast conversations” as well as understanding what makes the globally successful films so bewitching all these years later. On November 16, HBO Max confirmed the one-off special will stream on New Year’s Day “as the clock strikes midnight”, however, viewers are keen to know how to watch the Harry Potter Reunion in the UK.

Well, lucky for UK fans, the reunion special is set to air on the same day on Sky and NOW TV. That’s right, Harry Potter 20th anniversary: Return to Hogwarts will be released in the UK via Sky and NOW on January 1, 2022. (To watch the reunion on NOW, you’ll need to purchase an Entertainment Pass, which costs £9.99 per month. Or, if you are a new subscriber, there’s a seven-day free trial.)

Even better, a few days earlier, on December 29, Helen Mirren will host a four-part event called Harry Potter: Hogwarts Tournament of Houses, which will see fans of the Wizarding World put their magical knowledge to the test for a chance of winning the House Cup Champion title.

Based on the hit YA books by J.K Rowling, the first Harry Potter film, The Philosopher's Stone debuted in 2001, with the final film, Happy Potter and the Deathly Hallows released in 2011. HBO has confirmed that the author will not be attending the reunion.

HBO Max released a short trailer for the upcoming reunion on Nov. 16, featuring classic film footage of the film’s star actors, including Harry Potter himself Daniel Radcliffe who first starred in the movies aged 11.

Emma Watson, who also played talented young witch Hermione Granger from the age of 11, posted an emotional tribute to the films and fellow stars to her Instagram page.

“Harry Potter was my home, my family, my world and Hermione (still is) my favourite fictional character of all time,” she wrote in the lengthy post, along with a classic childhood photo of Rupert Grint and Daniel Radcliffe.

“I am proud not just of what we as group contributed as actors to the franchise but also as the children that became young adults that walked that path. I look at my fellow cast members now and I am just so proud of who everyone has become as people,” she added, also thanking the “Potterhead” fans for their support “well after the last chapter closed.”

More like this
Rupert Grint Just Shared A *Major* Update About Ron Weasley’s Future
By El Hunt
Con O'Neill Was Connected With Sarah Lancashire Long Before 'Happy Valley'
By El Hunt
'Bridgerton' S3 Will Show A *Very* Different Side To Kanthony
By Sam Ramsden
Twitter Is Burning As Phoebe Dynevor Reveals Daphne’s 'Bridgerton' Exit
By Sophie McEvoy
Get The Very Best Of Bustle/UK
Sign up for Bustle UK's twice-weekly newsletter, featuring the latest must-watch TV, moving personal stories, and expert advice on the hottest viral buys.

This article was originally published on November 17, 2021