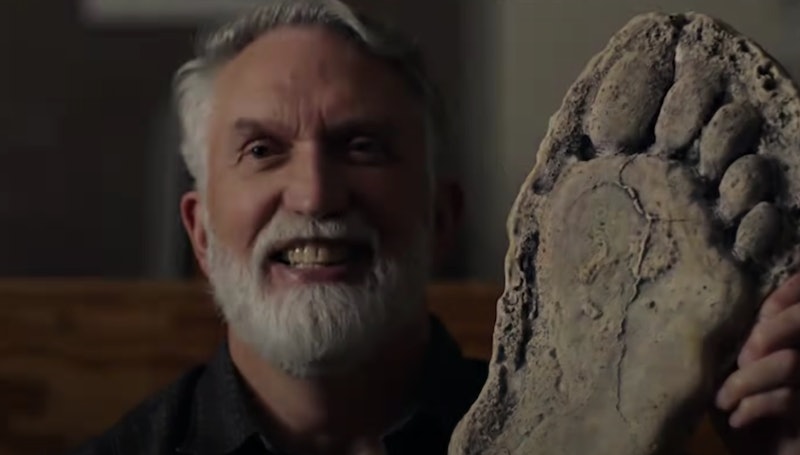 Fans of true crime and folklore will definitely be interested in the premise of Hulu’s Sasquatch, a new docu-series all about about Big Foot and the various sightings recorded of the years. But while the episodes have just dropped in the U.S., you may be wondering how to watch Hulu’s Sasquatch in the UK.

Before we get into the nitty gritty, let’s first explore what the show is actually about. Fresh from his Amazon hit series Lorena (about Lorena Bobbitt, the woman who cut off her husband’s penis), director Joshua Rofé was looking for new exciting project, and one that had a unique angle.

Speaking about the thought process behind Sasquatch, Rofé explained told Deadline: “[After Lorena], my weird thought was, what if next time you had a story that you couldn’t even Google. What would that be like? That scared the sh*t out of me and got me really excited – if I found a story that I wanted to tell that you couldn’t google, as hard as that would be, I know I’d be on to something.”

Rofé said he went on to connect with journalist David Holthouse, who shared with him a story about three men who were found murdered and “torn to shreds” in a location in a Californian forest that some locals believed was roamed by Big Foot.

This is where Sasquatch begins its story, but, from there, viewers are taken on all sorts of twists and turns. The series speaks about the mythical Big Foot creature but also about the dangers posed by humans in the forests of California, where cannabis-growing communities are said to stop at nothing to protect their crop.

So, where can this new series be streamed?

Well, if you’re living in the UK, you may want to manage your expectations. So far, the series is only available on Hulu in the U.S. (which we don’t have access to) but reports have suggested it could be coming over to the UK sometime soon, especially considering there is already demand for it to do so.

The Express reported that there are calls from fans to bring the series over to the UK and Canada via Disney+, while the Guardian wrote that the UK launch date is “to be announced.”

I have contacted Hulu reps to help shed more light on the situation, and will report back soon.

More like this
A New Netflix Doc Will Explore The Unsolved Murder Of Jill Dando
By Sam Ramsden
'Bridgerton' S3 Will Show A *Very* Different Side To Kanthony
By Sam Ramsden
Twitter Is Burning As Phoebe Dynevor Reveals Daphne’s 'Bridgerton' Exit
By Sophie McEvoy
Helena Bonham Carter Doesn't Think 'The Crown' “Should Carry On"
By Sam Ramsden
Get The Very Best Of Bustle/UK
Sign up for Bustle UK's twice-weekly newsletter, featuring the latest must-watch TV, moving personal stories, and expert advice on the hottest viral buys.