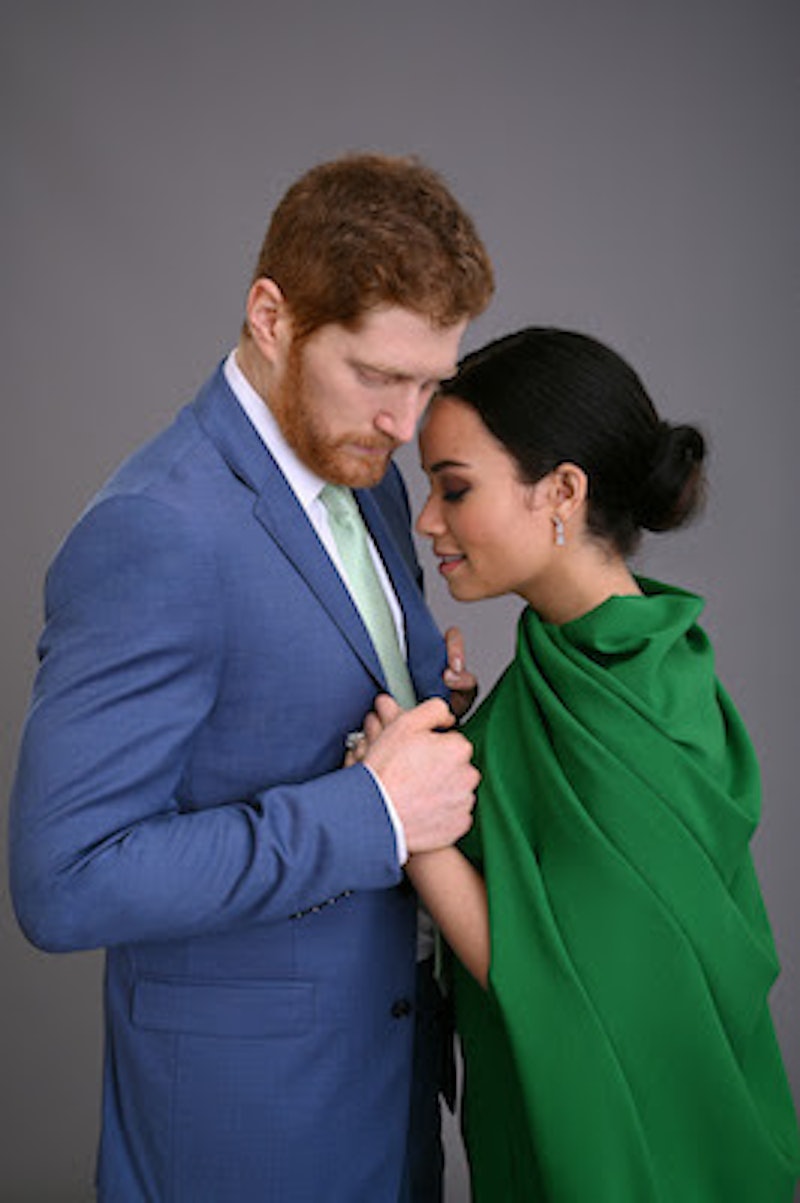 The third Harry & Meghan Lifetime movie aired on September 6 in the US and has already proved controversial. The film explores what Lifetime thinks really drove Harry (played by Jordan Dean) and Meghan (played by Sydney Morton) to step back as senior members of the royal family and leave the UK.

Sadly, for UK royal fans hoping to see what all the fuss is about, there has been no announcement about when the Lifetime film is going to be aired on this side of the pond. Channel 5 showed the previous two Lifetime movies about the royal couple but the broadcaster has so far made no comment about whether it will will be picking up the third. As such, the film isn’t currently available to watch in the UK, but we will be sure to update you should that change.

The movie touches on Meghan’s loneliness and isolation during her time in the UK, the couple’s treatment by British tabloid press, their bombshell Oprah Winfrey interview, and Harry’s fears for Meghan’s safety. It also gets into Harry’s relationship with his brother Prince William (Jordan Whalen) and his father Charles (Steve Coulter), as well as the dynamic between Meghan and Kate Middleton(Laura Mitchell).

The film which was released on the 24th anniversary of Princess Diana’s funeral draws a lot of parallels between Princess Diana and Meghan. These were most stark in the film’s opening scene, which has proved particularly controversial.

It sees Prince Harry have a nightmare in which he imagines his wife Meghan in the kind of tragic accident that killed his mother Princess Diana in 1997. In the scene, cameras can be seen flashing over an overturned car in a tunnel while a man struggles to help Meghan as she fights for her life inside. Escaping the Palace also shows a pregnant Meghan at the height of her mental health struggles contemplating her fate over a staircase, just as Diana reportedly did.

The graphic nature of the car crash scene has been met with backlash from viewers, many of whom felt the film went too far in its attempts to draw parallels between Meghan and her late mother-in-law.

Escaping The Palace is the third in Lifetime’s series of movies about the couple. Harry & Meghan: The Royal Love Story, aired in 2018 a few days before the Sussex’s wedding and starred Murray Fraser and Parisa Fitz-Henley. The sequel Harry & Meghan: Becoming Royal in 2019 which looked at their first year of marriage starred Charlie Field and Tiffany Smith.