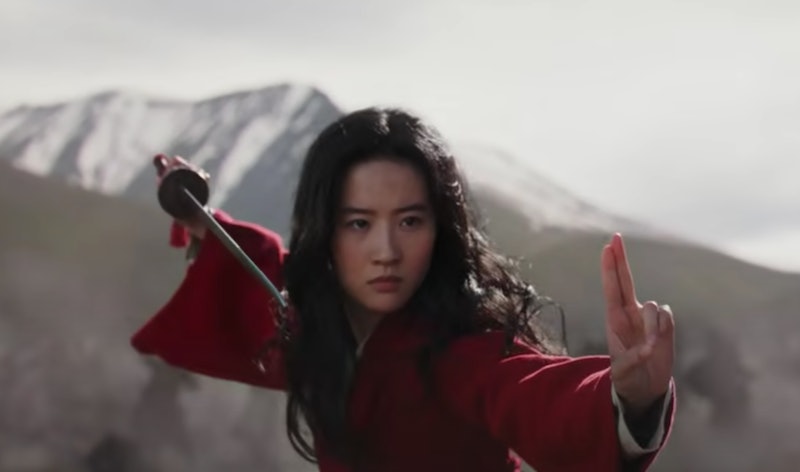 Calling all fearless women adamant on enlisting in the army in place of an ailing patriarch: Disney just released a new trailer for the live-action Mulan to promote the new Disney+ Premier Access feature. Given the incessant chatter about this new feature, we're here to provide a primer on what “premier access” actually entails prior to the movie’s debut. And what it means for Disney+ subscribers.

After months of delays and uncertainties due to the coronavirus pandemic, Mulan will premiere on Disney+ on Sept. 4 — and, according to this new teaser, subscribers will need to pay a premier access fee of $29.99 to access the Niki Caro-directed adaptation. Premier access allows subscribers to watch the film before it’s available to all Disney+ subscribers, for the one-time price of $29.99. Once subscribers pay for the premier access, Mulan will remain in their Disney+ libraries for the entire duration of their subscription — and it can be re-watched as many times as they want on any platform that Disney+ is available on without additional fees. In other words, this is not a typical rental, where fans might lose access to the film after a week or a month, but a one time payment for continued access to the film as long as you subscribe to Disney+. So, if that rental cost of $29.99 seemed relatively steep at first, that’s because it isn’t exactly a rental, per se, but instead early access to the film (for those who simply cannot wait any longer to watch Mulan battle invaders in China).

The film that stars Liu Yifei, Donnie Yen, and Jet Li was originally slated to hit theaters on March 27. It joined a roster of other highly-anticipated blockbuster films that have been indefinitely delayed due to the pandemic, such as Black Widow, Fast 9, Wonder Woman 1989, and Tenet. And, though it was originally pushed back to August, the continued threat of coronavirus has made it impossible for movie theaters to reopen in the U.S. and in other countries around the world, which led Disney to make this drastic move to streaming. Disney CEO Bob Chepak reportedly cited this new streaming premier access model as a “one-off” decision to investors, as opposed to a completely “new business windowing model,” according to Deadline. So, it’s relatively unlikely that Black Widow, Wonder Woman 1989, and other blockbusters will meet the same release method as Mulan. More so, Mulan will actually have a theatrical release in some countries where movie theaters are reopening and Disney+ is not yet available. However, the unpredictable nature of the pandemic ensures that nothing is set in stone.

Back in April, amid the earlier changes to the premiere date due to quarantine, Caro released a statement on the film’s Twitter account that said the crew couldn’t “wait to share Mulan’s journey with you all” — once it’s “again safe to gather, to sit in a movie theatre together and share the experience of a great story.” While subscribers won’t be in a movie theatre come September, they’ll at least still get to see the movie before 2021 — and that's a win.