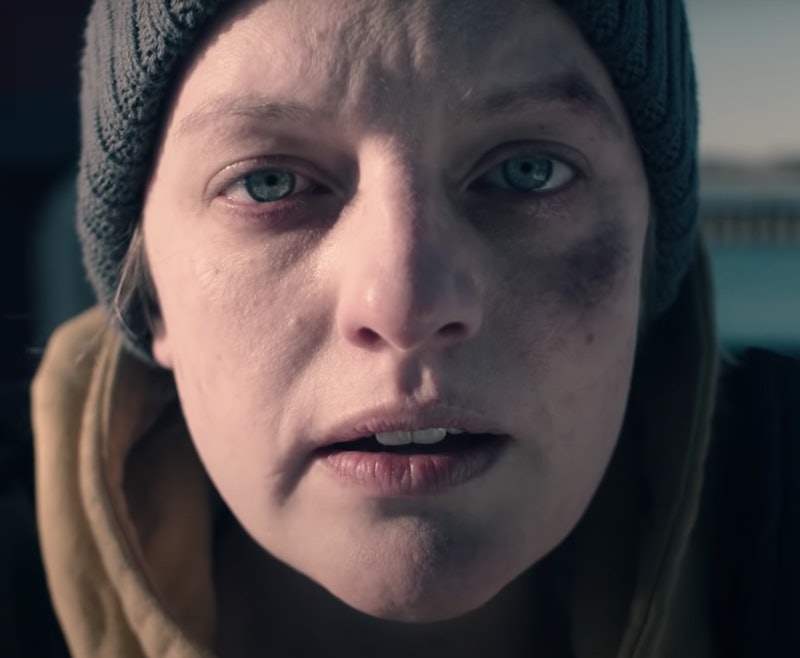 The end of last season on The Handmaid's Tale saw (spoiler alert) June and the other handmaids help a huge group of children board a plane and escape Gilead for good. Ssadly, June herself still did not make it out. In fact, she ended up being shot by a guard, and the last we saw of her, she was being carried off by Janine and other recognisable handmaids. Trailers of season four have proven she is very much alive, but when when will be able to watch season four of The Handmaids Tale in the UK?

The wait is almost over. Brits finally have more of an idea when we can expect season four to air. Channel 4 has confirmed the latest series will air “sometime in June.” Although when, we still do not know.

A recent announcement on the broadcaster’s press Twitter page read: "Blessed be the fruit! Series 1-3 of #HandmaidsTale will be available to stream as a box set on All 4 from 31 May. Catch up on Offred's story so far before the brand new fourth series arrives on Channel 4 in June!"

This news comes after series four started over in the U.S. back in April. On April 27, Hulu (its U.S. broadcaster) surprised everyone by dropping the first three episodes a day early on April 27.

Digital Spy reports that, like with the previous three series, we can expect to have an initial drop of the first three episodes, followed by each new one shown weekly. This theory has now been given even more weight considering the fact that Hulu have done exactly that.

In the meantime, as we continue to wait, it’s worth checking out the most recent trailer to get excited for series four. Prior to this, we'd only really seen short snippets of promo for the new episodes, which were largely strung together with clips from previous seasons. The trailer was the first real view into what we can expect from the show moving forward, and it certainly does not disappoint.

It's very clear that June's leading the resistance, and as well as snippets of June starting the war that will (hopefully) one day free America from the takeover of Gilead, the trailer also shows us clips of Nick, Hannah, and other major characters.

It also carries a heavy suggestion that June finally makes it across the border to safety in Canada, although whether her daughter Hannah will be joining her, we'll have to wait and see.