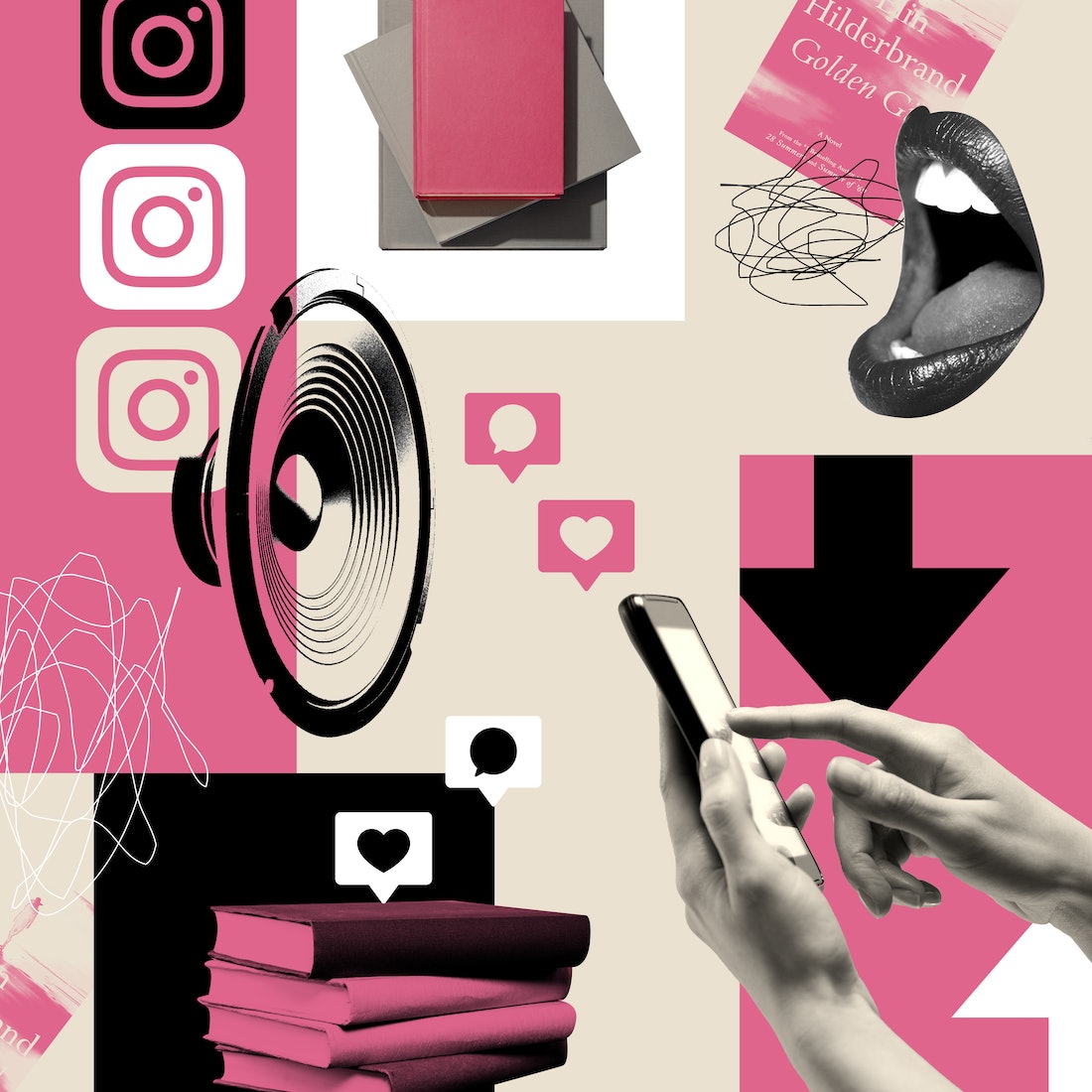 In early June, bestselling author and beach read queen Elin Hilderbrand found herself embroiled in an internet controversy. Readers had taken issue with a passage from her latest novel, Golden Girl, in which a character jokingly compares herself to Anne Frank. They decried it — and in some cases also Hilderbrand herself, and even her publisher Little, Brown and Company — as antisemitic, saying the author was making “the trauma of Jews a punchline.” The backlash started small at first, with just a few Bookstagrammers (members of Instagram’s book-centric community) sharing images of the section alongside critiques. But as more and more users spoke out against Hilderbrand, the outrage grew beyond Bookstagram’s borders; soon enough, thousands of people were fighting about the fictional exchange on Instagram, Twitter, and elsewhere. In response, Hilderbrand issued an apology and promised the dialogue would be taken out of all e-books and future printings. “It was meant as hyperbole but was a poor choice, that was offensive and tasteless,” she said.

Culture critics questioned the whole episode, worrying that authors were being judged by their characters’ moral purity, or lack thereof. But what the critics didn’t note, and perhaps didn’t know, was that Bookstagram had initiated the uproar. And it wasn’t the community’s first run-in with Hilderbrand.

In December 2020, a Bookstagrammer named Sloane posted a lukewarm review of a Hilderbrand novel, referring to the author’s work as “appetizer-size books.” Sloane had under 5,000 followers at the time, and didn’t tag the author, only using the hashtag #ElinHilderbrand. Within a few hours, Hilderbrand herself commented on the post. “This review makes me wish I’d never been born,” she wrote. “Would you be okay following common book review etiquette and taking my hashtag off this? It’s the holidays, Sloane, and I have feelings just like everyone else.”

The backlash was swift, both for the ableism in Hilderbrand’s comment and for her misunderstanding of community etiquette. (While directly tagging an author is considered bad form, using their hashtag is believed to be fair game.) Other Bookstagrammers posted screenshots of similar comments Hilderbrand had made on their reviews, and the author ended up apologizing. As quickly as that controversy came, so too did it vanish — until the Anne Frank passage began circulating six months later. Some of the readers involved in that original imbroglio were among the first to criticize Golden Girl; given the preexisting community resentment, it’s hardly surprising how quickly the new controversy caught fire.

Instagram has become an essential tool for book promotion over the past few years, particularly as publishers’ marketing budgets continue to be slashed. Publishers and writers need online book groups and reviewers to build excitement around their titles, and authors in particular know that interacting with readers can help build a dedicated audience. But on Bookstagram, readers make the rules — and authors and publishers are liable to get hurt if they don’t play by them, as Hilderbrand’s ordeal shows.

While much attention has been paid to the rise of Instagram-centric celebrity book clubs run by the likes of Oprah Winfrey, Reese Witherspoon, Jenna Bush Hager, Emma Roberts, and more recently, Kaia Gerber, the vast majority of people who post about books on the platform — and drive sales, drum up hype, and attend author events — aren’t famous, or making any money doing it. They do it for fun and the occasional perk, like receiving advance copies, or the chance to host virtual talks with authors.

It’s not uncommon for a Bookstagrammer, even one with a smaller following like Sloane, to influence scores of people to read (or not read) a book. “Because it’s a community of [largely] women, the barriers to meet new people are super low,” says Hanna, a Bookstagrammer who focuses on political books. “People in Bookstagram will respond to everything you post and are just right there with you.” Mackenzie Newcomb, the founder of the virtual Bad Bitch Book Club, says that Bookstagram’s reviews and comments have dissuaded her from highlighting certain books in the past. “There was a big release in 2020 that we initially planned to have the author come talk to us about, but after a few early reviews of the book that framed it as ableist and fatphobic, we decided that we'd rather not encourage people to read it,” she says. “It was a difficult decision as we had already arranged the Q&A with her publicist, but ultimately we took Bookstagram’s word for it.” Months later, she doesn’t regret that choice.

Of course, Bookstagram’s communal nature is a double-edged sword. “In some ways, what social media has done is created [a dynamic of] ‘I don’t like this book, so no one should like it at all,’ or expecting authors to engage in any commentary about their books,” says author Zoraida Córdova, who uses her own Instagram to highlight reviews and showcase her life as a writer. “The book has to live independently of the author.” But in a world where authors are expected to be hyper-connected to their audiences, it’s a tall order to look at a creator and their work as separate entities.

And it’s not just authors who can find themselves in hot water. Despite making tons of new friends through the community, Hanna admits “it’s a drama magnet.” She adds, “It tends to be a pretty polite group externally, so if you’re not aware of what the drama is, you might think, ‘Oh, that’s just a book review.’ And then you open up your DMs and you realize, ‘No, that was actually a coded attack!’”

The dynamics on social media, Hanna and other Bookstagrammers have found, make it feel like there can only one correct opinion on a given book, as opposed to many nuanced ones. Hanna recalls a 2020 incident when arguments broke out over Christie Tate’s Group: How One Therapist and a Circle of Strangers Saved My Life, a nonfiction book about the author’s journey through group therapy. While the book resonated with Hanna, a number of Bookstagrammers who work as therapists posted their own reviews, and questioned the ethics of discussing what goes on in therapy sessions. Soon, several posters and their followers were arguing via Instagram Stories, DMs, and comments about which Bookstgrammer could be the “authority” on the subject, as if there needed to be a “winner.” “It became an argument of, ‘Does a big book account get to have more of a say than a smaller account?’” Hanna explains. “It’s a community where people post about what they read, but a lot of people don’t like to take feedback from other people.”

Crucially, these battles aren’t being waged on a level playing field, because Instagram is not a level playing field. Racism, sexism, homophobia, transphobia, ableism, and xenophobia, can affect who gets opportunities with publishers, or who can amass a large following in the first place. This can cause rifts in the community. “That manifests [when] Bookstagrammers of color [are] fighting for the same kind of growth that white Bookstagrammers get,” says Bezi, a publishing industry employee and Bookstagramer whose feed emphasizes Black fantasy and Afrofuturism. “Then specifically in 2020, Black influencers [were] dealing with a certain hyper-visibility that non-Black influencers weren’t having to deal with.” As people rushed to find antiracist book recommendations and support Black influencers in the wake of George Floyd’s murder, Black Bookstagrammers found themselves suddenly at the center of much of the fervor.

Despite its myriad issues, Bookstagram isn’t going anywhere. According to Newcomb, it’s up to publishers, authors, and Bookstagrammers to do their own reflecting and reckoning. “Instagram will never be less toxic.”