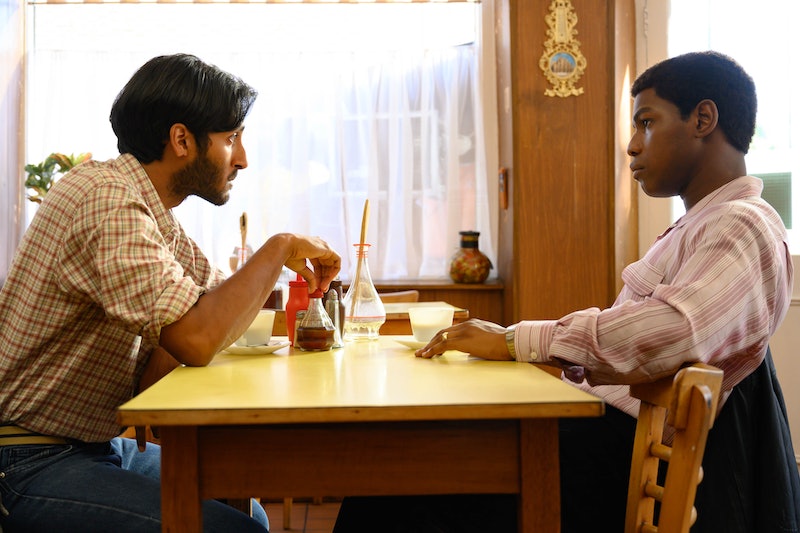 Created and directed by Steve McQueen, the BBC anthology Small Axe retells pivotal stories from Black British history between the late 1960s and mid-1980s. One instalment of the series, titled Red, White and Blue, depicts the true story of scientist-turned-police officer Leroy Logan, a man who sets out to help change racist attitudes in the Metropolitan police force from within. Star Wars' John Boyega leads the film's cast alongside a lineup of co-stars including Assad Zaman, who plays the role of PC Asif Kamali. But is Asif from Red, White and Blue based on a real person?

Well, although Red, White and Blue is based on true events, it isn't currently clear whether or not PC Asif Kamali is inspired by a real person. I have reached out to the BBC for comment and will update with any new information once it becomes available.

As per The Wrap, the character of Asif is portrayed by Assad Zaman, and appears in the BBC anthology as Leroy's South Asian colleague — who has shared experiences of racism whilst working within London's Metropolitan police force.

Joining Boyega and Zaman in the film's cast are the Prince Of Persia's Steve Toussaint, and newcomers Tyrone Huntley, Nathan Vidal and Jaden Oshenye, the Express reports.

As previously mentioned, Red, White and Blue centres on the true story of promising young forensic scientist Leroy Logan, who seeks to become a police officer and inspire change within the force after his own father becomes the victim of racially-aggravated police brutality.

Discussing preparations for the role, Boyega revealed he had met with Logan prior to filming, and explained his desire to understand Leroy's decision to join an inherently racist institution. "I wanted to understand the man behind that decision. The man that’s strong enough to swallow the conflict and give us the representation that the police force needed," the actor commented.

Speaking to press ahead of Red, White and Blue's release, Boyega further touched upon the experience of portraying a real-life figure, shedding light on his methods of research into a role of this nature, the Express reports.

"I just like to watch them, see the way they are. I want to look at the little things." He continued: “I want to see the way you walk, how you talk, blink. I just wanted to see what you’re like and he is truly a man’s man," Boyega explained.